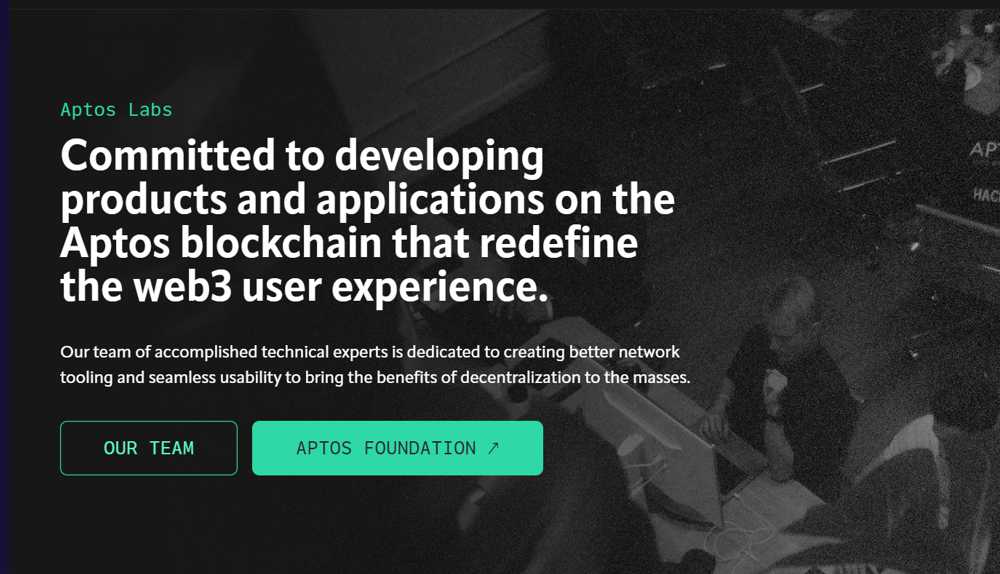 In 2022, the demand for NFTs has significantly increased. Ethereum is the leading platform where users can trade these NFTs. But unfortunately, Ethereum often got clogged due to increased traffic. Similarly, Solana couldn’t handle the number of transactions it promised earlier.

So, the blockchain industry was eagerly waiting for a platform that could accommodate its needs. And it seems that Aptos was released at the right time because it grabbed the attention of most investors within a few months of its launch. The project was launched after 3 years of hard work and it has proved to be a success so far.

Aptos is often referred to as the “Solana Killer” because it boasts a few unique features that aren’t available in Solana. However, it might be too early to find a conclusion because the project is still in its early stages.

What is Aptos (APT)?

Aptos is a Layer-1 blockchain network that is primarily focused on supporting the mainstream adoption of Web3. The platform promises to provide a scalable, reliable, secure, and upgradeable platform for blockchain users. The platform also plans to introduce a Dapp ecosystem where users can find solutions to real-world problems.

Aptos claims to be the inheritor of Diem (Meta’s now-abandoned blockchain program) because it uses the Move programming language.

Aptos offers a set of unique engines and programming languages. It has attracted many big investors in a short span of time and has an active community as well.

Experienced Founders – Aptos founders were former employees of Meta. They have years of experience in the blockchain industry. They didn’t face any problems connecting to investors because they had a collective background in venture capitalism.

Unique Architecture – Aptos stands out among other Layer 1 blockchain networks because it uses a combination of Move programming, Block-SMT technology, and Byzantine fault tolerance consensus.

Facebook-related Background – Aptos became popular among investors because it has some connection with Meta (Facebook) due to its programming language Diem and other structural aspects. Before migrating to the metaverse, Facebook was working on this blockchain project.

High Performance – Aptos became popular after launching its testnets because it can process up to 160,000 transactions per second. The best part is that it finalizes transactions in less than a second.

Ethereum was previously using Proof-of-Work and has recently moved to the Proof-of-Stake consensus mechanism. Still, Ethereum is taking more time to finalize the transaction because it hasn’t yet implemented the sharding technology. Aptos, on the other hand, is finalizing transactions in less than a second.

Unlike Ethereum, Aptos operates on 16 CPU cores. However, Ethereum is still the most popular network in this category because it has established its reputation over a long time.

Aptos and Solana both are capable of running computations in parallel. But Solana has lost the investor’s trust due to notable downgrades and outages. Aptos tries to solve this problem by establishing a network of leader nodes and nearby nodes. The additional nodes will take over the process if a leader node is failing to process the transactions.

The only problem is that Aptos needs more hardware equipment to run this network as compared to Solana.

Aptos can finalize transactions 0.3 seconds faster than Avalanche. Furthermore, Aptos offers low transaction fees by incorporating a move-based storage methodology. However, both platforms offer a number of unique features in terms of performance.

Mo Shaikh and Avery Ching co-founded Aptos Labs, a company that looks after the development of the Aptos project. They created a team of highly experienced developers, engineers, and researchers to build the project. Although Aptos is an independent blockchain, it shares some features of Meta’s now-abandoned Diem blockchain.

FTX Ventures invested $150 million in this project because it was a lucrative project. The company also raised around $200 million from different Venture Capital firms like Multicoin Capital, Tiger Global, a16z, and more.

How Does Aptos Work?

Aptos uses a custom programming language to run its operations. The language was previously used for Meta’s now-discontinued blockchain project Diem. Move offers more secure global storage as compared to other programming languages. Thus, it can prevent most hacking attacks without much effort.

The reason why Aptos processes transactions faster is that it uses parallel execution for transaction validation. Thus, the users don’t need to wait for their turn as the transactions are processed on several parachains at the same time. Unlike other blockchain networks, Aptos completes the validation process after the execution.

The platform prioritizes transactions with the help of a collaborative scheduler. Thus, it manages to process more than 160,000 transactions per second.

Aptos uses a proof-of-stake consensus mechanism to process the transactions. The users need to stake their APT tokens to participate in the validation process.

Unlike traditional consensus protocols, Aptos divides its nodes into two major categories called light nodes and full nodes. Light node operators only store a small proportion of transaction data whereas the full nodes need to handle the complete copy of the ledger.

Aptos uses the Byzantine Fault Tolerant engine to send real-time and accurate data to the validators upon their requests. Thus, it reduces the risk of double spending.

APT is the native token of Aptos that is used to pay transaction fees. It also provides governance rights to the token holders while allowing them to operate as validators. The validators are required to stake a set number of APT tokens to run a node. With a circulating supply of 130 million tokens, APT has a market cap of $611.5 million.

It ranks among the 60 top cryptocurrencies in terms of market cap.

Aptos is a layer-1 blockchain designed to provide a reliable, scalable, and upgradeable platform to users. It uses a proof-of-stake consensus mechanism in conjunction with byzantine fault tolerance to ensure the network’s security. It offers fast transaction finality and low transaction fees. If you need more information about how Aptos work, feel free to get in touch with us.