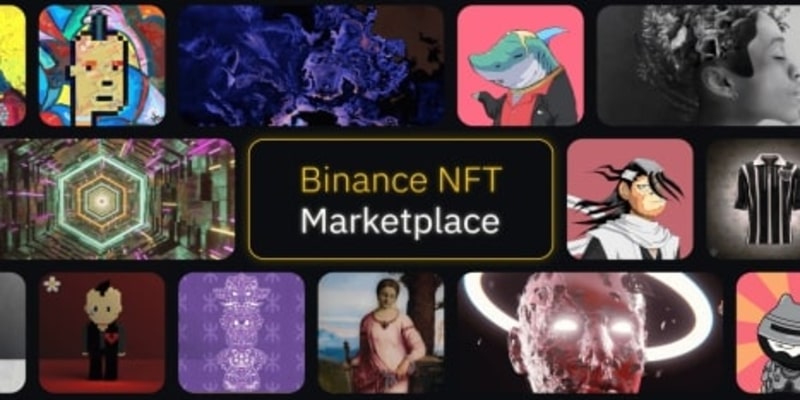 The world’s largest cryptocurrency exchange, Binance, will delist low-volume NFTs amidst changes to its KYC rules.

According to Binance’s official media channels, they have implemented stricter rules regarding NFTs. The world’s leading crypto exchange intends to delist non-fungible tokens (NFTs) that have low trading volumes [with less than $1,000 in daily trading volume] and were listed on the platform before the implementation of KYC criteria. These rules will be enacted on February 2nd.

The newly published regulations are being attended to while putting the new guidelines into effect, as it is required under the new regulations. For platform users to be eligible to mint new NFTs on the platform, they would need to fill out and pass KYC (Know Your Customer) authentication, and must have at least two followers on its user profile. On the Binance NFT marketplace, all verified users are limited to mint five NFTs per day.

In addition, the platform informs users that it will consistently perform review checks to determine whether or not the minted NFTs satisfy the criteria specified by the platform. The NFT collection of the user of the platform will be taken if the platform’s criteria are not properly followed.

To keep the market in order and in accordance with Binance NFT’s Minting Rules and Terms of Service agreement, platform users are also advised to report any NFTs or NFT collections that may be in violation.

Since failing KYC allegations were brought against the crypto exchange, Binance has been the subject of intensive regulatory scrutiny, which led to this decision being implemented. In addition, there are allegations that the site processed unlawful funds, which the platform has categorically refuted.

Binance was listed as one of the top three receiving counterparties for Bitzlato by the United States Financial Crimes Enforcement Network (FinCEN) amid the allegations of money laundering that were made public on January 18th. Binance was among the cryptocurrency exchanges that continued to offer their services to non-sanctioned Russian users after the European Union imposed additional restrictions.

Users of the platform are now cognizant of the fact that the NFT platform is not as decentralized as it intends to be as a result of Binance’s efforts to impose stricter regulations on the Binance NFT Marketplace. Digital artists have two options available to them as a result of the impending regulation that will take effect on February 2: (1) they can choose to abide by the Binance NFT’s minting rules and Terms of Service agreement, or (2) they can migrate to another NFT platform that is more decentralized than the latter.

All of the aforementioned problems may have an effect on nearly all of the NFT marketplaces that are currently active. When it comes to non-fungible tokens (NFTs), the end result is that

neither creators nor collectors feel like they have true ownership of their digital artworks. They are solely reliant on centralized platforms, which are susceptible to failure at any time. NFT marketplaces ought to figure out a way to avoid using centralized solutions if they want all of their users to be able to benefit from the same level of security and truly feel like they own their digital assets.

On the other hand, one could argue that NFTs are only beneficial so long as there is no single controlling authority over them, and this is a valid point to make. However, if someone wanted to make something illegal by creating a new NFT with the same image as one that already exists, then that person could simply create another NFT that has the same image as the first NFT, thereby rendering the first NFT unwarranted. This would be the case if someone wanted to make something illegal. This indicates that there must be some kind of centralized authority, or there must be a balance between decentralization and safety. The existing system does not currently have very good levels of security at all. Everyone must have faith in one another and the system for it to be able to function properly. On the other hand, people have a tendency to mistrust one another when it comes to matters concerning cryptocurrencies.

Binance and the SWIFT payments system

The major cryptocurrency exchange Binance recently notified customers via email on January 21st stating that, as of February 1st, 2023, its fiat partner, Signature Bank, would no longer accept money transfers for users of less than $100,000. Signature Bank will only oversee user transactions with a value of more than $100,000 since the bank restricts its access to markets for digital assets.

As a direct result of this decision by Signature Bank, the trading platform issued an announcement to its customers that it is conceivable that certain users would be unable to buy or sell their cryptocurrency assets for amounts of less than $100,000 via SWIFT.

According to Binance’s statement, the outage would not impact any of the company’s other services. Users of the exchange can continue to buy cryptocurrency using their credit and debit cards, debit cards, and other fiat currencies. Binance added by stating that it was actively looking for a different way to resolve the SWIFT USD issue. However, the partnership between the cryptocurrency exchange and the partner bank has not been severed in any way.

Binance’s long-term goal is to become the world’s leading blockchain ecosystem and a provider of crypto-asset infrastructure, working towards the goal by expanding its current operations. The Binance platform offers users a wide variety of crypto-asset products and services, such as trading and finance, decentralization, cryptocurrency education, research and data gathering, and a variety of investment opportunities, with the intention of extending users’ access to financial independence.

With that said, Binance is widely regarded as a leading example for centralized crypto exchanges, and the company intends to maintain its status as a leader in the industry by adhering to a variety of legal and commercial regulations, whilst expanding its operations to different locations all over the world.