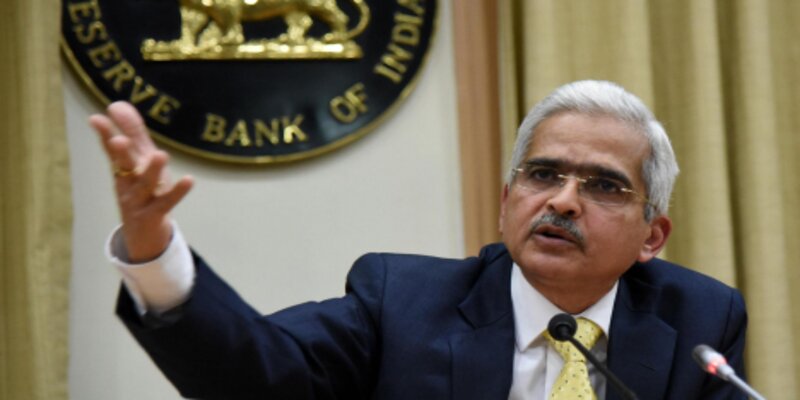 The Reserve Bank of India (RBI), the nation’s central bank, has strongly cautioned against using cryptocurrencies and other digital assets.

The governor of the Reserve Bank of India (RBI), Shaktikanta Das, spoke about cryptocurrencies at a recent event that was organized by Business Today. Das reaffirmed his position, insisting that the use of digital currencies must be outlawed in the strongest possible terms.

According to Shaktikanta Das, cryptocurrencies have no real value, and the “value” people assign to them is “nothing but fabrication.” Cryptocurrencies aren’t even tulips, he said, referring to the famous tulip mania that took place in the Netherlands at the turn of the last century.

“Every asset, every financial product has to have some underlying (value) but in the case of crypto there is no underlying… not even a tulip…and the increase in the market price of cryptos, is based on make-believe.”

He continued by saying that the expansion of cryptocurrency use will result in the Reserve Bank of India (RBI) losing control of the Indian economy, making the ban imperative.

The Indian government has traditionally maintained a wary stance toward the technology that underpins cryptocurrencies due to the absence of a governing body. The recent failures of companies dealing in cryptocurrencies have only contributed to make the criticism more widespread. People who are looking into cryptocurrencies are subjected to a great amount of harm by crypto scams, particularly those that are carried out using messaging programs. As if this were not enough, crypto scams cause a significant amount of financial loss.

Furthermore, the nation levies a very high capital gains tax of 30% on any profits made from trading cryptocurrencies.

India’s stance on crypto – a refresher

In 2021, the Indian Parliament said that they will likely pass a bill that would make it illegal to use cryptocurrencies and establish the basis for a digital currency that would be backed by the central bank.

The “Cryptocurrency and Regulation of Official Digital Currency Bill” aims to outlaw all privately held cryptocurrencies in India. To advance the technology behind cryptocurrencies and their uses, the bill would also offer a few limited exceptions. It was also stated that the law would offer a framework that would facilitate the creation of the official digital currency (CBDC) that the Reserve Bank of India (RBI) would issue.

Das has argued in favor of Central Bank Digital Currencies (CBDC) and called them “the future of money.” It was revealed in November of 2022 that India started testing its digital currency in partnership with nine different banks.

The “e-Rupee,” also known as the Central Bank Digital Currency of India (CBDC), is a digital representation of the rupee, the country’s official currency. The Reserve Bank of India (RBI) will oversee its issuance and supply, and its value will be tied to the conventional physical Rupee.

India’s reliance on cash transactions has already been significantly reduced as a result of the digitization of its existing fiat currency. According to a research by ACI Worldwide, GlobalData, and the UK’s Centre for Economics and Business Research (CEBR), India has processed a total of $48.6 billion in real-time B2B payments in 2021. This number represented the greatest proportion of transactions—40%—in the entire world.

Certain nations remain cautious of cryptocurrencies due to the unpredictability of the market and the fact that they are decentralized. Cryptocurrencies are widely accepted in many parts of the world, yet numerous countries from across the world are making efforts to put a stop to the decentralized expansion of cryptocurrencies like Bitcoin. Some countries are concerned that it could be used to finance criminal activities including the trafficking of drugs, the washing of illicit funds, or even terrorist activities. It is seen by the governments as a danger to the stability of their own monetary systems. Few nations have outright forbidden the use of digital currency, while others have made efforts to support the blockchain technology that is essential for the currency’s trade and utilization.

Although digital assets, such as cryptocurrencies, have grown in popularity recently, many governments and financial institutions are still hesitant to accept them due to their lack of regulation. However, regulations are required to ensure their proper use and to safeguard consumers, not to outlaw digital assets.

Regulations can serve as a framework within which digital assets can operate, and they can also assist in the prevention of illicit acts such as the laundering of money and the commission of fraud. Regulations of the appropriate kind can also guarantee that digital assets satisfy specific requirements on security, transparency, and accountability. It is possible that this will serve to boost consumer confidence in digital assets and drive more widespread usage.

Regulations can also assist level the playing field for digital assets by ensuring that they are subject to the same laws and oversight as traditional financial assets. This ensures that digital assets are subject to the same level of scrutiny as traditional financial assets. This can serve to promote a fair and orderly market as well as prevent unfair competition from occurring.

Finally, rules have the potential to play a role in encouraging innovation and growth in the crypto industry. Regulations can be used to encourage investment and progress in the technology by setting clear guidelines for the development and usage of digital assets.

There is no denying the importance of having a digital representation of the fiat currency. The meteoric rise in popularity of digital payments is evident of the growing preference for technology-based payment solutions, which have an ever-expanding reach and are more convenient.

However, countries cannot completely ban cryptocurrencies because they are decentralized and exist on a global network of computers. Attempting to ban them would be difficult to enforce and would likely lead to the development of ways to circumvent the ban.

Many countries such as El Salvador have recognized the potential benefits of cryptocurrencies and blockchain technology, such as increased financial inclusion and the ability to facilitate cross-border transactions. Therefore, most countries have chosen to regulate cryptocurrencies rather than attempt to ban them outright.