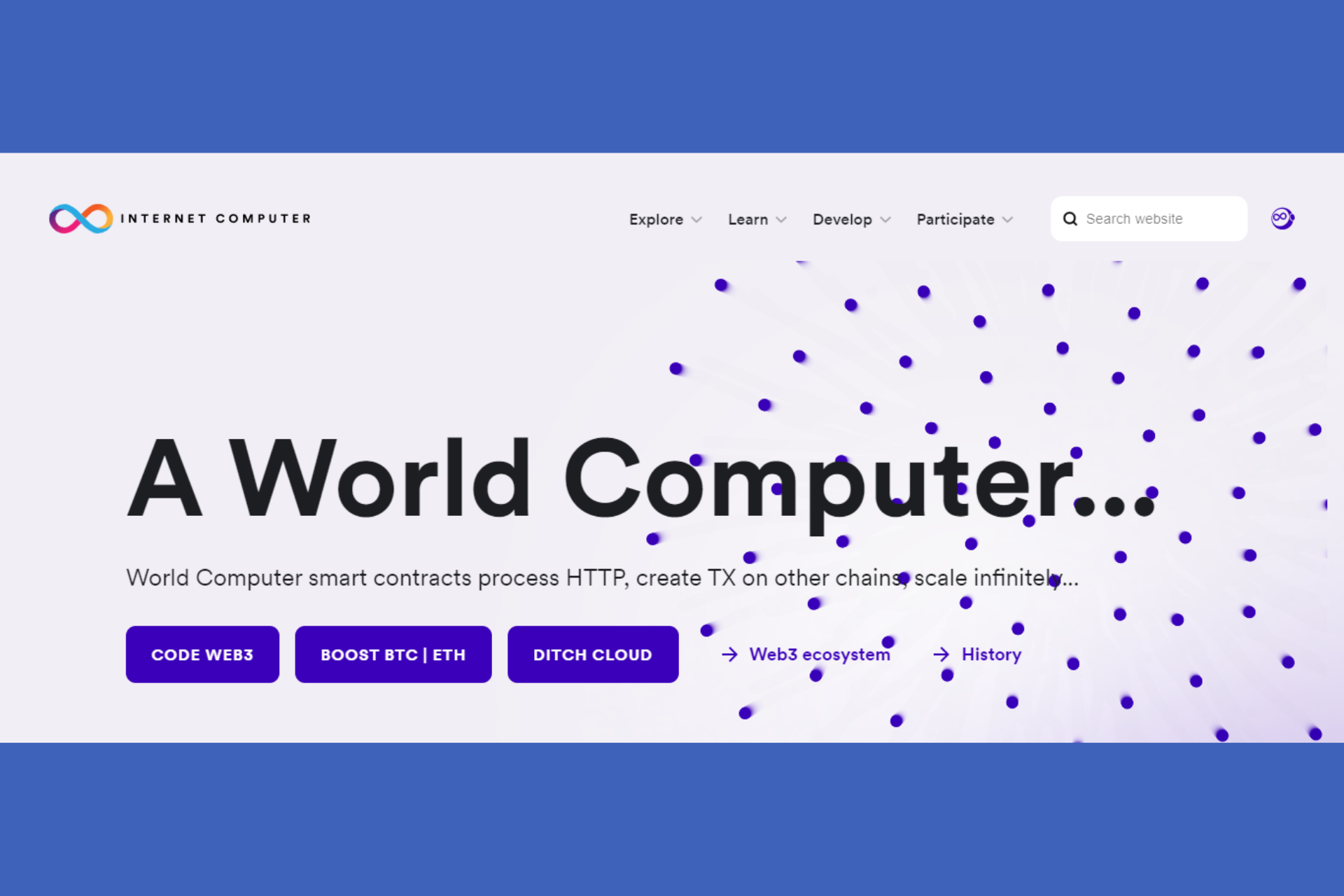 ICP is a blockchain-based decentralized network established by DFINITY, a cryptography nonprofit headquartered in Switzerland. It’s one of the most prominent web 3.0 initiatives, allowing users to build websites, apps, and other web-based services without having to deal with a centralized authority like Google, Amazon, Facebook, and so on.

This cryptocurrency project’s major purpose is to introduce a refined version of the web in a more decentralized form. Dominic Williams, the founder of Internet Computer (ICP), argues that the project can compete with internet giants such as Google, Amazon Web Services, and Facebook.

The Issue With the Current System

Most websites and applications will likely be hosted on servers in data centers controlled by large technology companies. The disadvantage of this system is that the developers don’t have complete control over their data.

These corporate web services providers have the authority to restrict the content of a website/application if it violates their terms and conditions. Furthermore, these service providers can use the data for their gain at any time.

How Does ICP Work?

ICP is attempting to address this issue by offering a blockchain-based alternative to cloud services that enables developers to host their websites or applications in a more decentralized manner. ICP is committed to promoting open software development.

ICP will link together several independent data centers from around the world to give users with public internet. Developers can use this network to host any application, including social media platforms, Defi (Decentralized Finance) apps, and others.

The network charges a fee based on the computational power required to run the website/application. The charge is subsequently divided among independent data centers helping build the ICP network. Internet Computers combine several technologies to create a safe and secure network.

Chain Key Technology, which orchestrates the nodes of the ICP network with the help of many cryptographic protocols, makes it simple for any user to check the authenticity of various artifacts on the internet. The calls are executed in milliseconds, allowing the ICP network to run at web speed.

This protocol is comparable to the Mac address because it establishes a user’s identity on several websites and groups.

The Network Nervous System is an open governance system that updates information about various nodes based on the subnet to which they belong.

Unlike other cryptocurrencies, Internet Computer does more than just process transactions; it also performs various other tasks that make them unique from the competition.

Web 3.0 is the Internet’s future. As a result, Internet Computer has advanced one step toward supporting the forthcoming version of the internet. It allows anyone to produce software on its network without having to deal with a centralized authority.

Many people are unaware that most crypto networks are hosted in the cloud, whereas ICP’s network is built on dedicated hardware managed by third parties. As a result, it offers greater decentralization than other cryptocurrencies.

Dfinity says that its blockchain network is as fast as the web. As a result, transactions are completed in seconds. On the contrary, most prominent crypto networks complete transactions in minutes.

Why is ICP so Popular?

ICP was created in October 2017 and quickly established itself as one of the top ten cryptocurrency projects in terms of market valuation. Several causes contributed to its rapid growth, including:

ICP intends to run its protocol on millions of computers throughout the world. And it claims to outperform the cloud-based tech firms that currently rule the internet. Furthermore, it claims to cut computation expenses while maintaining high performance dramatically.

Aspect Ventures, Andreessen Capital, and Polychain Capital are just a few of the prominent names that have put money into this crypto initiative. As a result, modest investors felt comfortable putting their money into this initiative.

Users who desire to engage in network governance can lock their ICP tokens to establish “Neurons.” They can then use these neurons to generate proposals. And the other participants will vote on whether to approve or reject the plan. The network then compensates the participants financially.

Cycle Production for the Computer

The recorded value in ICP tokens can be translated into cycles. This process is completed at a variable rate by the network Nervous system. These cycles are then used to carry out various network tasks.

ICP token holders can have a role in building the platform’s decentralization. They must lock their ICP tokens to create “Neurons.” They can then begin operating the node machines or participate in the governance and voting system to gain rewards.

Risks Involved With the ICP Network

The main issue with the ICP network is that participants must deploy more durable hardware than in regular projects. It indicates that only well-capitalized players will be able to participate in establishing the data center. It has the potential to undermine the decentralized ethos.

Similarly, ICP isn’t the only network seeking to remake the internet; other players, such as MIT’s Solid and IPFS/Filecoin, are also gearing up for this revolution. As a result, if their protocol is stronger than ICP, they may attract more investors.

Web 3.0 is predicted to be the internet’s future, and ICP is a key actor in this oncoming revolution. ICP intends to build a robust network that will run on millions of computers globally. ICP is committed to resolving the scalability challenges that affect current crypto networks while also developing a new version of the internet.