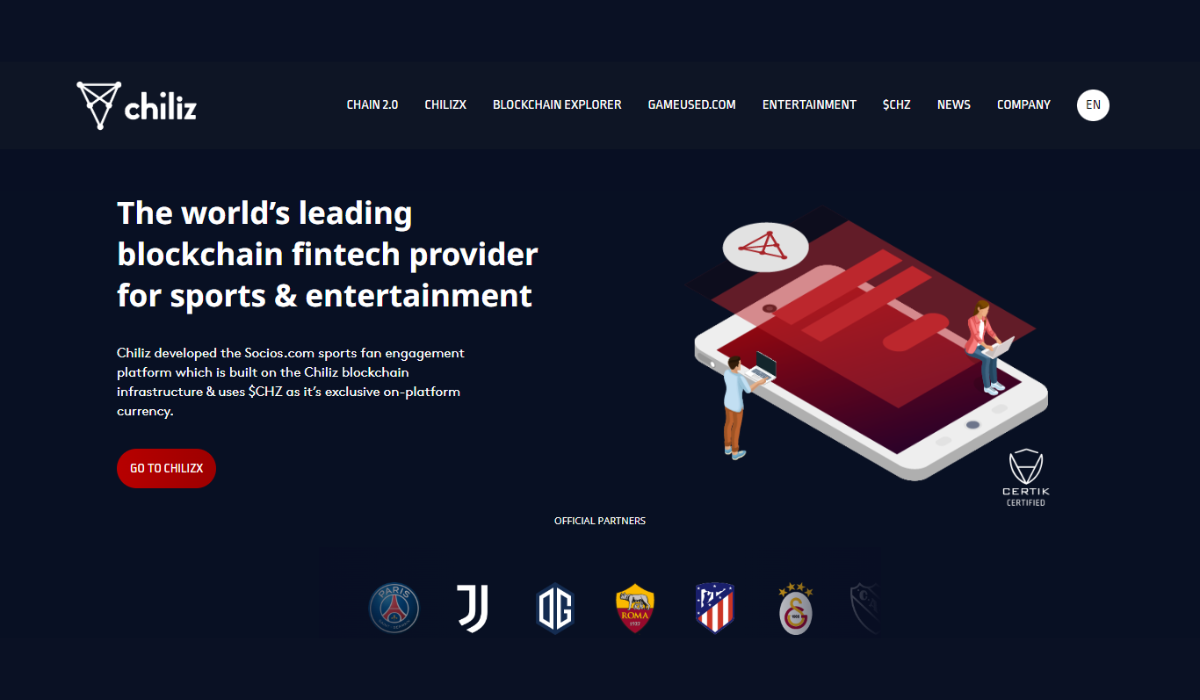 Chiliz is an Ethereum-based crypto token designed for sports and E-sports fans. Sports fans are always willing to have some exciting experiences with their favorite players and teams. They can’t have such experiences in the traditional world because it’s difficult enough to connect with sports clubs.

Even sports clubs often complain about the difficulties they have to face when trying to interact with friends. Chiliz provides an innovative solution to the problem.

What is Chiliz (CHZ)?

Chiliz is an ERC-20 token designed to build a direct connection between sports fans and sports clubs. Chiliz is dedicated to providing an opportunity for sports fans to become active participants in the sports club. It was primarily designed as an official cryptocurrency of the Socios.com platform where users can get direct voting power in their favorite club.

They also get access to early tickets through an annual subscription. The users can also visit Socios’s NFT marketplace to buy the branded NFTs of their favorite brands. The NFTs of more than two dozen sports and esports teams are currently registered on this platform.

Chiliz enables users to have an active presence in their favorite sports team. Furthermore, they have the right to participate in the decision-making process. Surprisingly, Chiliz isn’t a crypto company. It has just incorporated crypto to achieve its specific goals.

Chiliz team decided to use NFTs in sports after observing their success in gaming and other industries.

Malta-based Medirex Group founded Chiliz in 2012. The blockchain-based project was officially launched in 2018 in collaboration with Alexander Dreyfus. Dreyfus has an extensive experience in the tourism and entertainment industry.

Chiliz’s team organized a private token sale in 2018 and raised around $66 million. The team sold 1.3 million tokens during this sale. Several capital ventures firms like Binance, FBG Capital, and OK Blockchain Capital participated in this sale.

The Socios app has millions of downloads globally and the Chiliz team has now established its offices in Turkey, Brazil, Spain, France, and South Korea. The company is now planning to expand its operations in the American sports market.

How Does Chiliz Work?

As it’s mentioned, Chiliz is primarily designed for Socios.com where users can buy the fan tokens of their favorite sports teams. First of all, the users need to buy CHZ tokens from Chiliz.net, the platform’s own exchange. The users can also purchase CHZ tokens from other cryptocurrency exchanges like Binance and Coinbase.

Thus, the token holders can also earn benefits from their team’s performance. However, some investors believe that sports clubs shouldn’t be given any such authority as they can use it to manipulate prices. Chiliz needs to introduce a decentralized solution to ensure security.

Thus, it consumes less energy and verifies transactions faster. Although it offers more scalability and efficiency, it’s considered less decentralized because only a few people have control over the network.

However, there are a few other popular blockchain networks like VeChain and Energy Web Token that use the Proof-of-Authority consensus mechanism.

Chiliz is going to launch a unique kind of Non-fungible token in collaboration with Chainlink, a decentralized Oracle network. Through these tokens, they’re planning to commemorate special events after collecting real-world data with the help of Chainlink.

CHZ is the native token of the Chiliz network that is required to purchase fan tokens from socios.com. The users can also trade their NFTs for CHZ on the platform. Similarly, sports clubs can use CHZ tokens to reward their fan token holders.

Chiliz is a unique kind of blockchain project designed for sports and esports lovers. The users can obtain voting rights for their favorite sports team through this project. They can also get other perks by purchasing fan tokens for their favorite team. If you need more information about how Chiliz works, feel free to get in touch with us.