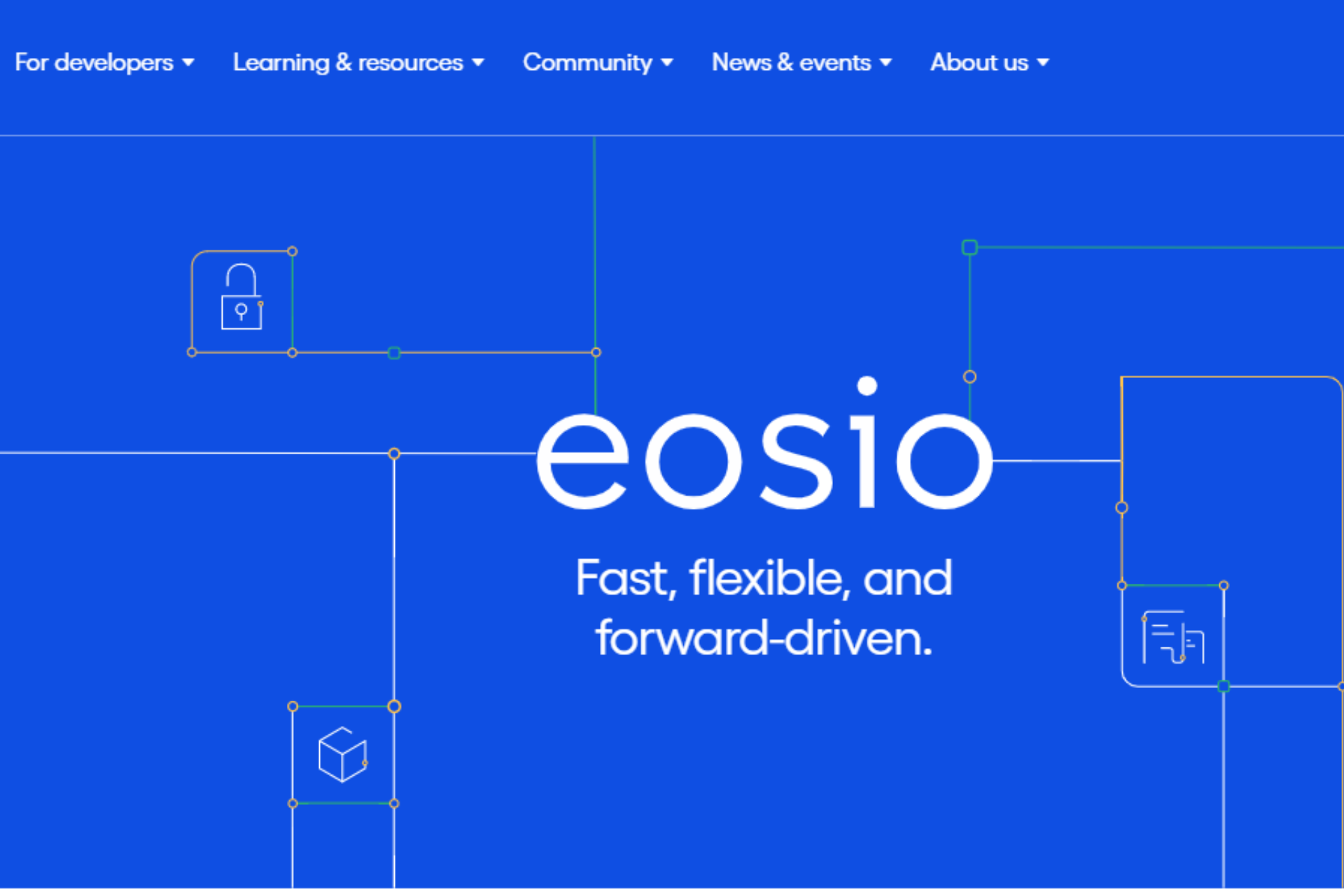 High gas fees and scalability are the major factors influencing the blockchain industry’s mass adoption. Ethereum is a market leader in allowing users to build decentralized applications on its platform. The issue is that processing the transactions takes a long time. Furthermore, users must pay a high fee to access various services. Learn what is EOSIO and why it is the world’s most hyped blockchain.

What is EOSIO (EOS)?

EOSIO, an Electro-optical system, is a blockchain-based system that is not only known as the “Ethereum Killer” but also gives new entrants like Tron and NEO a run for their money.

EOSIO is dedicated to assisting businesses that want to take advantage of the blockchain industry without worrying about slow speeds or high gas fees. On the EOSIO network, developers can create applications such as EOS smart contracts, cloud storage, dApps user authentication, and other applications.

The best part is that they don’t need to learn a new language to create an application because they can develop dApps using traditional programming languages.

Block. One, a private company, founded EOSIO. This project was created by Brendan Blumer and Dan Larimer, two well-known names. Dan is also credited with creating other crypto networks such as BitShares, the first decentralized exchange, and Steemit, the first blockchain-based social media network.

Dan was also instrumental in developing the DPoS consensus protocol, which is used to verify network transactions. The project’s white paper was introduced in May 2017, and the ICO was launched in June 2017. Surprisingly, investors invested approximately $185 million in the first 5 days of the ICO.

Unlike other crypto projects, this ICO lasted approximately 341 days, and the project was finally launched in June 2018.

The validators also have extensive authority within the network to make decisions. Validators, for example, can freeze the accounts if 15 of the 21 validators agree with the decision. It raises serious concerns because validators can take control of the entire network.

How Does EOSIO Work?

The EOSIO network is intended to help individuals and businesses build cost-effective and fast decentralized applications. There are three major components to the overall infrastructure.

It is the primary component of the EOSIO network, which hosts decentralized applications using the Delegated Proof-of-Stake consensus protocol.

It is an operating system similar to Windows and MAC, allowing developers to create decentralized applications on the blockchain network. It includes advanced tools that make the dApps development process easier.

This blockchain network’s native token, EOS, is used for specific economic activities such as value transfer, on-chain governance, and staking.

EOSIO employs a refined version of the Proof-of-Stake consensus protocol to provide faster speed. In a traditional PoS protocol, validators stake a certain amount of cryptocurrency tokens to aid block creation. They may lose their staked tokens if they validate a fraudulent transaction.

If any of the 21 validators are involved in malicious activity, 84 participants are kept on standby to assist with block creation. Similarly, these 84 users can assist with smooth processing if a delegator’s machine fails.

For verification, these 84 users employ the Asynchronous Byzantine Fault Tolerance (ABFT) algorithm. EOSIO is modeled after the traditional Web 2.0 world. It means that developers will not have to pay a transaction fee anytime they perform a network action.

They only need to pay for the resources they’ll need for their application. In the web 2.0 world, for example, developers are expected to pay for the domain, servers, and network bandwidth. Similarly, they must stake a certain amount of EOS tokens to access the platform’s various resources.

It aids in data transfer across networks.

The amount of processing power required for processing transactions and other app operations.

It’s used to save data generated by smart contracts.

EOSIO is committed to assisting individuals and businesses who want to create decentralized applications without worrying about speed or transaction fees. Its delegated PoS (proof-of-stake) consensus protocol allows for faster transaction speeds. It also only charges for the resources used by developers to run decentralized applications. Contact us if you require additional information about how EOSIO operates.