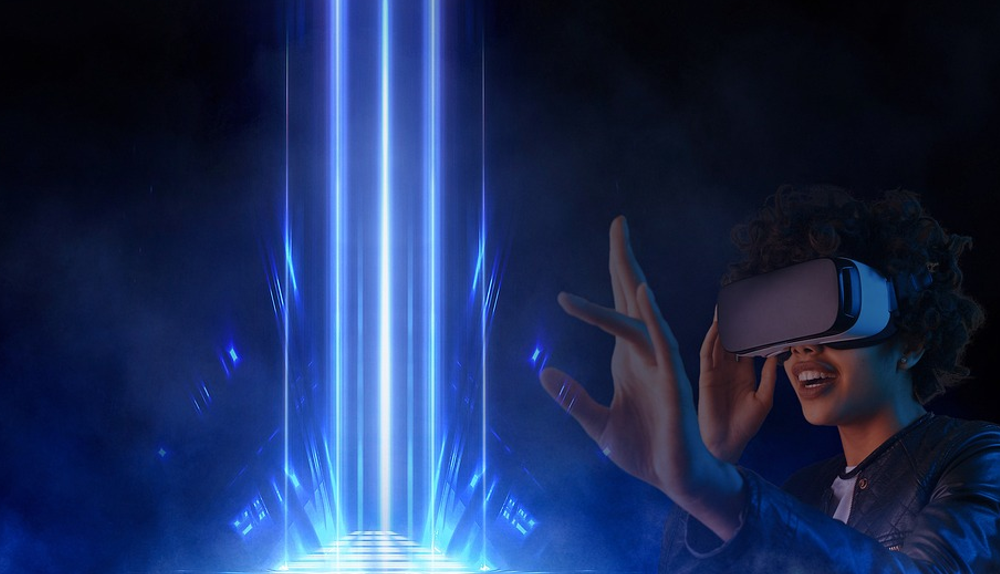 Numerous metaverse games recently gained popularity as the globe strives to welcome and integrate what many refer to as “the internet’s future.” This work will bring together various virtual worlds that will outlast the games.

In turn, developers have switched to play-to-earn games, allowing users to own NFTs and real estate in the multiverse. The renaming of Facebook as Meta Inc also brought the attention of several businesses to the metaverse, implying that these games will have numerous possibilities shortly.

Even if the notion of metaverse gaming is foreign to even the most seasoned players, it is worthwhile to give it a shot. This will look at several of the best metaverse games available and describe their features.

The degree of enthusiasm, anticipation, and bewilderment regarding the metaverse is nearly identical to how it was when the web was still in its initial formative years and claimed to transform the exchange of information and communications.

The metaverse is commonly regarded as the next step of the internet’s evolution. Nevertheless, it is not a rival and instead operates over the internet. It’s also worth noting that the phrase “metaverse” isn’t entirely new. It was coined by writer Neal Stephenson in the sci-fi novel “Snow Crash” in 1992.

Decentraland is now a play-to-earn (P2E) videogame launched on the Ethereum (ETH) platform based on the concept of a virtual environment in the metaverse. Throughout the game, you could buy a variety of items, including tracts of virtual land, that is suitably named ‘LAND.’ When you purchase these spaces, you will obtain the LAND as such, an ERC-721 token, often known as a non-fungible token (NFT).

Because LAND is non-fungible, no one else can produce a copy of it, such as the designers of Decentraland, leaving you the sole possessor. To buy LAND on Decentraland, however, you must use the official online cryptocurrency, MANA.

You can participate in this game as well as earn money in a variety of ways. You could own a spot and charge others to promote it. You could also build facilities, such as stadiums, for individuals to host events, or you might wait for the LAND’s value to rise and then sell it at a profit.

Sandbox was initially introduced to the public in the form of a mobile application in 2012 by Arthur Madrid and Sébastien Borget, who were both co-founders of Pixelowl. Another user-generated platform depicts users as block-like avatars that can be configured and allow them to earn ownership of what they produce through the use of blockchain technology and smart contracts.

VoxEdit is a 3D modeling program that enables users to create avatars, automobiles, plants, animals, and other objects, such as tools. You can import your works into Sandbox’s secondary offering, the Marketplace, where they can be sold. The final solution is called Game Maker, which eliminates users’ requirements to write code to create their 3D games.

The main form of currency in the Sandbox is sand. On the Sandbox map, you can purchase, sell, and trade individual lands and estates, which are groups of properties. You can also sell these assets through the auction hosted by Open Sea NFT.

Do you enjoy sports? Do you spend the majority of your time playing FIFA 21 on your console? Sorare is the perfect play-to-earn game. You can use real money to develop your team. Fantasy Football differs significantly.

Sorare allows users to spend genuine funds in the form of cryptocurrency to purchase a deck of cards based on real athletes. It covers over 200 authorized clubs globally, providing you with numerous possibilities.

Please keep in mind that the rarity of these cards ranges from Limited to Unique and therefore is determined by the player you choose. As a result, the stronger the player plays, the more credits you receive on the specific card. If you want a Messi card, you’d better pray for good luck because they’re hard to come by. You can also obtain other cards.

Somnium Space bills itself as an “open, social, virtual reality universe,” complete with its economy as well as currency. A market, a social media platform, and virtual landholding are also included in the game.

The Somnium Space metaverse debuted in 2017 and is frequently referred to as an upgraded version of Second Life. It is a virtual reality world-building tool that allows for autonomous digital real estate ownership as well as trading.

Players can purchase and build bespoke experiences while concurrently exploring the land of other people. The land in Somnium, like in Decentraland, offers numerous use cases, like, but not restricted to, gaming, sociability, e-commerce, event organizing, and so on.

To get the best gameplay experience, the game designers recommend using VR headsets. Nonetheless, a VR headset isn’t required, and you may begin playing the game in third-person mode straight in your web browser.

Blocktopia is a decentralized metaverse based on polygons that claim to combine a distinctive VR experience with a play-to-earn basis. Consider it a tower that is the focal point for all crypto adventures.

You can earn money in the Blocktopia metaverse by playing the game, advertising, purchasing and selling digital real estate, and so on! The gameplay focuses on you (in first person) and your viewpoint of the virtual world around you.

The project’s creators claim Blocktopia is far more than a typical metaverse game. According to the site, it is an actual virtual world that you may experience in real-time.

The project is still in its early stages, and the full-fledged Blocktopia virtual world may only appear later this year. The game promises numerous revenue streams through which players can earn money. This would include but is not restricted to, staking and advertising for passive income.

These are a few of the top metaverse games for 2022. Make sure you choose the fascinating option because gaming focuses on having fun and releasing tension. You will have the opportunity to earn money as you play.

The metaverse is still in its early stages, with new technologies and ideas expected to make it more appealing. The world’s largest corporations are working on it, so expect more games and expansive interactions.

As a result, people interested in exploring the metaverse can rejoice in the knowledge that what we’re witnessing now is just the tip of the ocean. In a decade, the metaverse could become the primary form of entertainment.