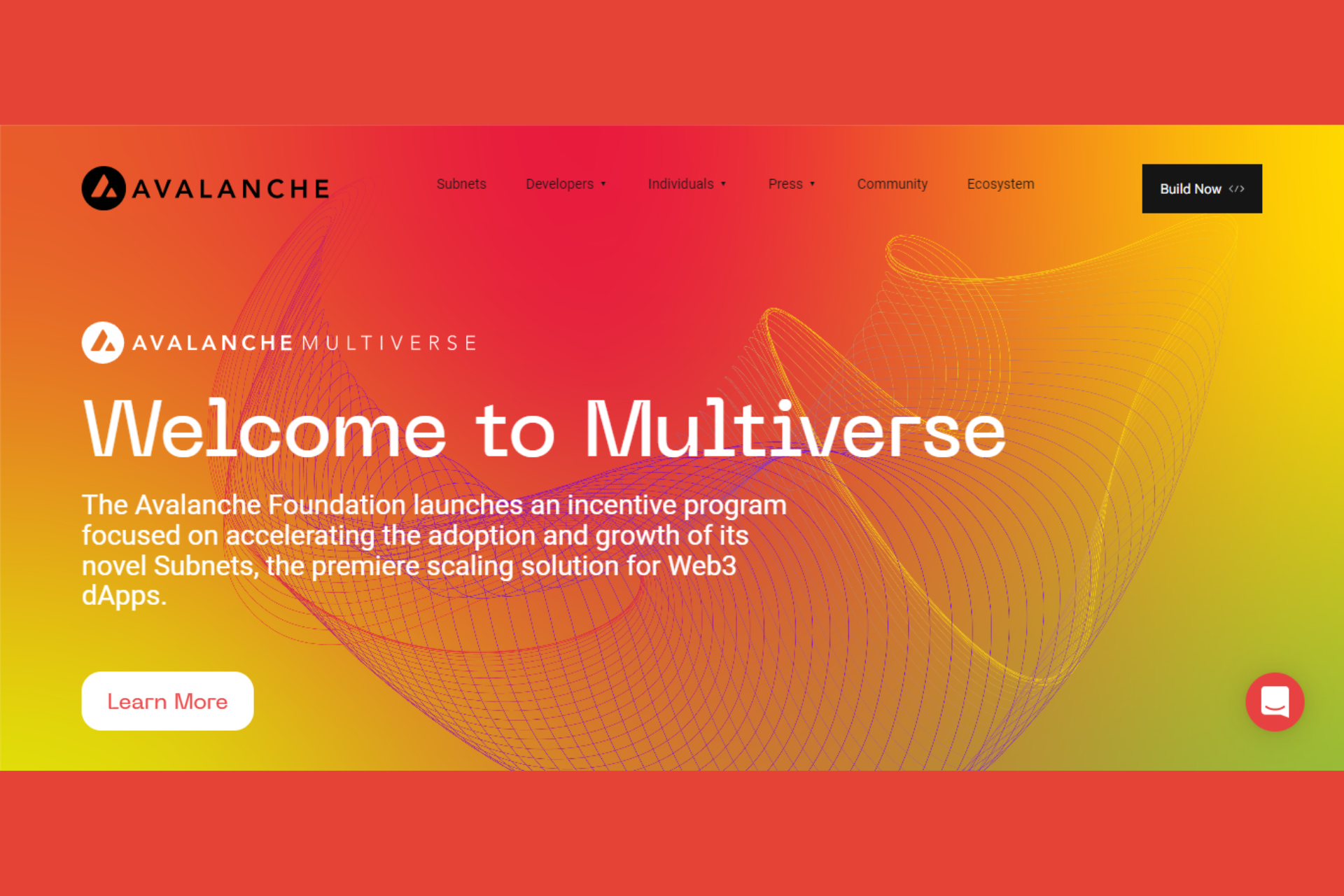 Avalanche Network is a cutting-edge blockchain network committed to maintaining the greatest levels of decentralization and security while offering a highly scalable platform. To compete with Ethereum, Avalanche has created its Decentralized Finance Ecosystem. The network is best renowned for its lightning-fast transaction speeds, minimal gas fees, and environmental friendliness.

What is Avalanche Network (AVAX)?

The growing need for decentralized finance and NFTs has substantially altered the blockchain landscape, causing the previous blockchains to fail to satisfy their customers. Older blockchains’ most prominent drawbacks are slow transaction speeds and poor scalability.

Avalanche employs an innovative consensus process to enable great throughput with extremely low latency. Avalanche operates at an internet scale because it comprises three distinct blockchains. As a result, it has the potential to grow in popularity in the crypto world.

Ava Labs launched the Avalanche network in September 2020. This protocol was largely created by Maofan “Ted” Yin, Emin Gün Sirer, and Kevin Sekniqi. The initial disclosure of this project’s essential details occurred in May 2018.

When Emin Gün Sirer was a professor of computer science at Cornell University, he began developing this technology with two of his doctorate students, Kevin Sekniqi and Maofan “Ted” Yin. The project was officially launched in September 2020 after the Initial Coin Offering finished in July 2020.

In the smart contract sector, Ethereum is the dominant network. However, numerous alternative networks, including Avalanche, Solana, and Cardano, are developing new ways to compete with Ethereum.

When more transactions are waiting to be approved in the queue, the gas fee on Ethereum rises. Avalanche, however, doesn’t experience these problems because it completes transactions rather quickly. As a result, the Avalanche network has already been linked with many Ethereum-based Defi projects, including Sushiswap, TrueUSD, bZx, Reef, and Securitize. Additionally, Avalanche functions as a bridge so users can quickly move their funds from one platform to another.

What Issues Does Avalanche Resolve?

Avalanche’s goal is to combat centralization in the crypto realm. As a result, it resolves the two key flaws discovered in the major blockchain network.

Congestion is a significant factor affecting Bitcoin’s and other cryptocurrency networks’ image in the traditional finance industry. These platforms are limited to 5-15 transactions every second.

On the contrary, major competitors Visa and Paypal can process thousands of transactions every second. Avalanche appears to be a superior alternative to crypto giants in this regard, as it can execute 4,500-6,500 transactions per second. It’s still lower than Ethereum 2.0 but has much lower gas fees.

Users who want their transaction to be processed faster pay an additional fee to move their request ahead of others. As a result, other customers either pay a higher fee to get their transaction approved, or they may wait a longer period for the complete validation.

Avalanche has built a network of sub-chains to speed up transaction processing. These chains lessen traffic on the main chain, allowing everyone to process transactions with lower gas fees.

How Does Avalanche (AVAX) Work?

The Avalanche network, unlike other cryptocurrencies, is made up of three blockchains: Exchange Chain, Contract Chain, and Platform Chain.

Since they fulfill their tasks in parallel without interfering with each other’s performance, these three blockchains boost speed, security, and adaptability. For transaction validation, Avalanche employs a Proof-of-Stake consensus algorithm. Staking a minimum of 2,000 AVAX tokens allows AVAX holders to participate in this process.

AVAX is the Avalanche network’s native token used for various operations. It has a market cap of $4.6 billion and a circulation supply of 296 million coins. In terms of market capitalization, it is the 17th most valuable cryptocurrency.

AVAX tokens holder can stake their tokens to become validators. To participate in the process, validators must stake at least 2,000 AVAX tokens. If a person lacks the necessary number of AVAX tokens, he might earn a percentage of the benefits by delegating his tokens to a validator. When validators validate a transaction by the Avalanche network’s terms and conditions, they are rewarded with AVAX tokens.

Users who transfer assets to one another pay a small number of AVAX tokens. Since AVAX tokens are the network’s default currency, the transaction fee is always paid in AVAX tokens regardless of whose assets are transferred.

AVAX tokens can also be used to build subnets and custom tokens. They require AVAX tokens to finish the process of creating Defi protocols, decentralized games, or NFTs.

Is Avalanche the Most Power-Efficient Cryptocurrency?

Avalanche promises to be the most energy-efficient cryptocurrency network to date, but this is not the case. Yes, it consumes less energy than Bitcoin since it uses the PoS consensus protocol for transaction processing.  However, it is not the only crypto network that uses this protocol.

Other crypto networks that use the proof-of-stake process include Cardano, Tezos, Polkadot, Solana, and others. Polkadot is now the leading platform regarding energy efficiency.  However, if we consider each unit’s energy usage on the platform, Avalanche wins the game.

Avalanche is among the most power-efficient blockchain networks, aiming to address the issues that afflicted prior blockchains. It offers faster transaction speeds while charging low gas fees. Its powerful consensus method provides a good level of decentralization and security. Please get in touch with us if you have any questions about how Avalanche Network (AVAX) operates.