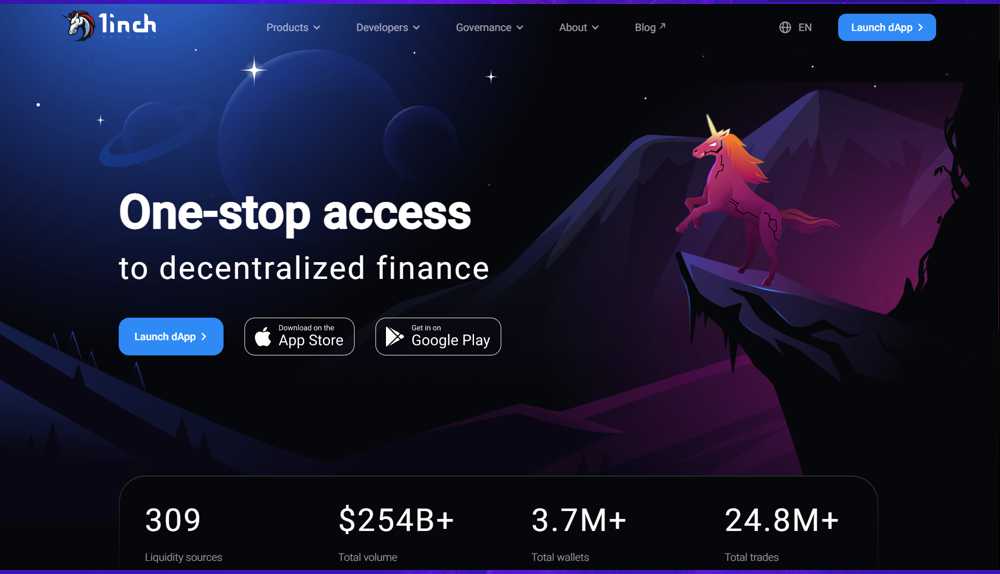 Cryptocurrency exchanges have become quite popular over the years because they allow traders to buy and sell different cryptocurrencies with a reasonable trading fee. These exchanges even provide additional features like margin trading, futures trading, and more. However, most of these exchanges don’t represent the true nature of the cryptocurrencies as they’re controlled by a single entity. 1Inch Network finds the best deals for traders and helps in this matter.

Cryptocurrencies are supposed to maintain anonymity while allowing users to transfer funds from one account to another. Decentralized exchanges appear to be a reasonable alternative to centralized crypto exchanges. But the problem is that the prices of crypto tokens significantly vary on these exchanges.

1Inch is a DEX aggregator that finds the best deal for traders after analyzing a huge number of liquidity pools from different decentralized exchanges. It’s pretty much similar to traditional websites where users can find the best deal on insurance policies or car loans by following a few simple steps.

The users just need to choose the currency they’re willing to buy and the currency they’re willing to exchange it for. The platform then displays the best deals based on search options. In the beginning, 1INCH was only limited to a few decentralized exchanges but now, it collects data from multiple exchanges like Ethereum, Kyber Network, Polygon, SushiSwap, Binance Smart Chain, Uniswap, and Balancer.

The users can use the limit order feature to place the order. The user just needs to choose a specific price for buying/selling the asset and then press the buy/sell button. The platform will only execute the trade if that particular price is met.

1INCH was founded by Anton Bukov, a former NEAR protocol developer, and Surjey Kunz, a former software engineer of Porsche, in May 2019 during an ETHGlobal hackathon. Although the project didn’t secure any big rewards during the hackathon, Kunz and Bukov realized that the project has a lot of potential in it.

So, they officially launched 1INCH Limited in July 2020. The team raised around $12 million for the project’s development in December 2020. Many Popular firms like ParaFi Capital and Pantera Capital invested in this project.

The team introduced the 1INCH token in January 2021. The team decided to airdrop the 1INCH token to the users who used the 1INCH exchange before the launch of the token. As it’s mentioned, the 1INCH network was only limited to a few decentralized exchanges in the beginning.

Still, it processed more than $50 million worth of crypto trades in its first two years because it was designed around a unique idea.

How Does 1INCH Work?

The traditional decentralized exchanges maintain different liquidity pools to provide consistent trading opportunities to the traders. A user can go to the ETH/BTC pool if he’s willing to exchange ETH for BTC. They don’t even need to wait for the seller because the trade executes as soon as they press the buy button.

However, the trading fee on these exchanges is pretty high. And if the user looks at different decentralized exchanges, he’d find a clear difference in the price of the token because the price is determined based on the liquidity available in a particular pool.

But 1INCH works differently because it displays the best deals to the user after collecting data from different decentralized exchanges. It’s previously mentioned that 1INCH is similar to websites where users can compare car loans and other services.

But there’s a difference that 1INCH often uses multiple paths to provide the best trading deal to the customer. So, if a user is trying to exchange ETH for WBTC, it may go through several protocols and different currencies to complete the trade. For example, the network will first swap the ETH with USDT and then USDT will be swapped with another cryptocurrency.

And the final swap will take place with the WBTC. This entire process is designed to provide the most efficient trade to the user. The users don’t need to worry about the path. They can simply get their desired cryptocurrency by placing a limit order.

1INCH uses an advanced protocol, Pathfinder, to break a trade into small portions. Thus, the trade easily goes through the best trading route. The route is determined based on the cryptocurrency’s price and the DEX’s gas fees.

If a user wants to exchange $100 worth of cryptocurrency for another cryptocurrency, the 1INCH platform may divide it into three parts i.e. $30, $30, and $40 to execute the trade through three different DEXs. The portions may vary depending on the deals available. However, the main goal is to provide the best trading deal to the user.

1INCH network also maintains its own liquidity protocol where users can deposit their tokens to earn passive income. The platform uses liquidity pools to provide the best trading deals to traders. The liquidity providers receive LP tokens for their contribution. They can either exchange these tokens for other cryptocurrencies or stake them to earn more.

1INCH is the native token of the 1INCH Network that is used as a governance token within the platform. The users are also rewarded 1INCH tokens for locking their tokens in the liquidity pools. With a circulating supply of 621.6 million tokens, 1INCH has a market cap of $395 million. It ranks among the 100 best cryptocurrencies in terms of market cap.

1INCH is a decentralized aggregator that helps users with finding the best trading opportunities on decentralized exchanges. It doesn’t only find the best price but also displays the platforms that offer affordable gas fees. The platform uses the Pathfinder protocol to find the best route for the trade.

If you need more information about how does 1INCH network works, feel free to get in touch with us.