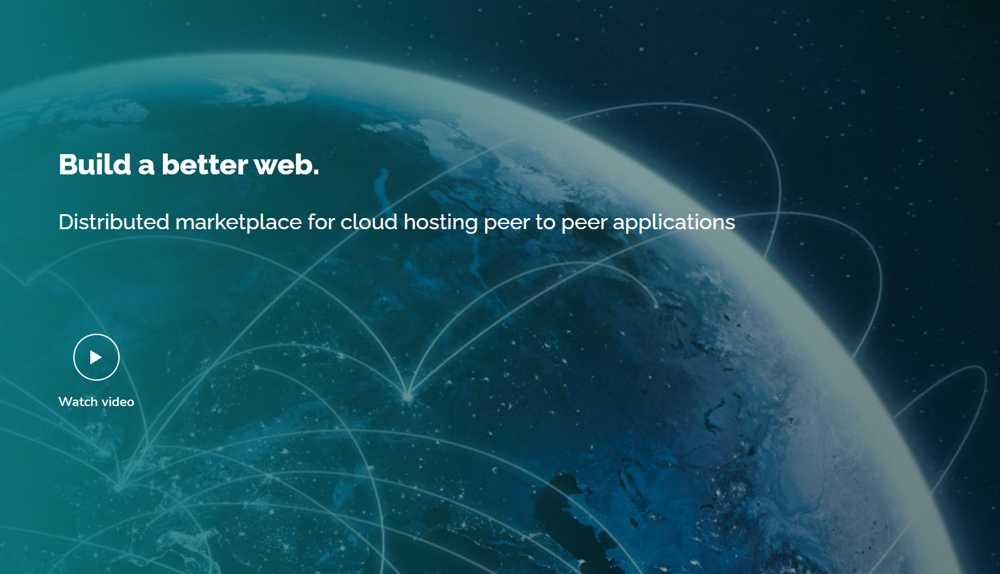 The internet has proved to be quite helpful over the years as it allows users to access a lot of information with just a few clicks. The users can easily access their desired content without any interruption. But the current internet is primarily serving corporations rather than serving regular users because corporations design their marketing plans with the help of data they collect from the internet. Holo helps with that. So what is Holo?

It’s an immoral act because the users aren’t informed about the type of information they’re giving away. It ultimately raises privacy concerns. Blockchain technology is trying to solve this problem by providing a decentralized solution. And Holo is one of the leading players dedicated to connecting the blockchain industry with the centralized world.

Moreover, it doesn’t incorporate a traditional consensus mechanism so that the developers can complete different tasks more efficiently while spending a partial amount of money. Holo is dedicated to building a new form of the internet where intermediaries and centralized authorities won’t be able to misuse the users’ information.

Holo is trying to serve the general public with its advanced hashing mechanism. Thus, it can process different operations at a reasonable price. The best thing about the Holo network is that anyone can become a validator by using their smartphone.

Passive Income for Everyone

As it’s mentioned that the users can support different Holochain applications by contributing their additional computational resources. The users receive HoloFuel tokens as a reward for their contribution. Holochain platform gives users the freedom to set their service charges while allowing them to choose the decentralized apps they want to support.

The developers don’t need to rely on external protocols to perform several microtransactions as they can create their own decentralized apps for such activities. The decentralized apps are recognized as hApps on the Holo network.

The Holochain network provides an opportunity for regular internet users who want to use decentralized without having to install complex protocols. The users can easily access hApps through their traditional web browsers.

Eric Harris-Braun and Arthur Brock founded the Holo platform in 2017. The goal was to create a peer-to-peer network that can host decentralized apps smoothly. Holo team carried out two funding rounds to acquire funds for certain operations. The team raised around $20.4 million during these rounds.

Moreover, Cardinal Capital has also funded this project. The headquarters of Holo network are established in Gibraltor.

How Does Holo Work?

Rather than synchronizing all nodes together, Holochain enables node operators to maintain the history independently. The network uses distributed hash tables to update the information on the main blockchain so that the users don’t face any problems if a node goes offline.

The developers can customize this aspect depending on their applications’ needs. The users are updated about the application validation rules when they install the app on their smartphones or other devices. The node operators are responsible for monitoring the activities of the users within the application.

They have the right to temporarily ban or suspend a user’s account if he has broken the application rules.

How Holo Network is Secured?

Holo uses Distributed Hash Table to ensure the security of the network. A node operator verifies the transaction using his/her computational power. Later on, the transaction is forwarded to other node operators for further validation. Thus, the Holo network protects its infrastructure without incorporating the Proof-of-Work and Proof-of-Stake mechanisms.

The node operators can easily identify a malicious transaction if a node operator has approved it against the network’s terms and conditions.

HOT is the native token of the Holo network that is used to pay transaction fees within the network. Holo network also rewards HOT tokens to the node operators when they validate a transaction. With a circulating supply of 173 billion tokens, HOT has a market supply of $376 million. It ranks among the 100 best cryptocurrencies in terms of market cap.

HOT tokens reached an all-time high of $0.031600 during the 2021 crypto bull run. And it has been in a correction since then. The users can buy the HOT token from popular cryptocurrency exchanges with a partial trading fee.

Holo is a peer-to-peer network designed for decentralized applications. The network is designed to create a bridge between the traditional internet and the blockchain. The decentralized apps on the Holo network are recognized as hApps. This network uses distributed hash table to complete the transactions securely.

If you need more information about Holo network, feel free to get in touch with us.