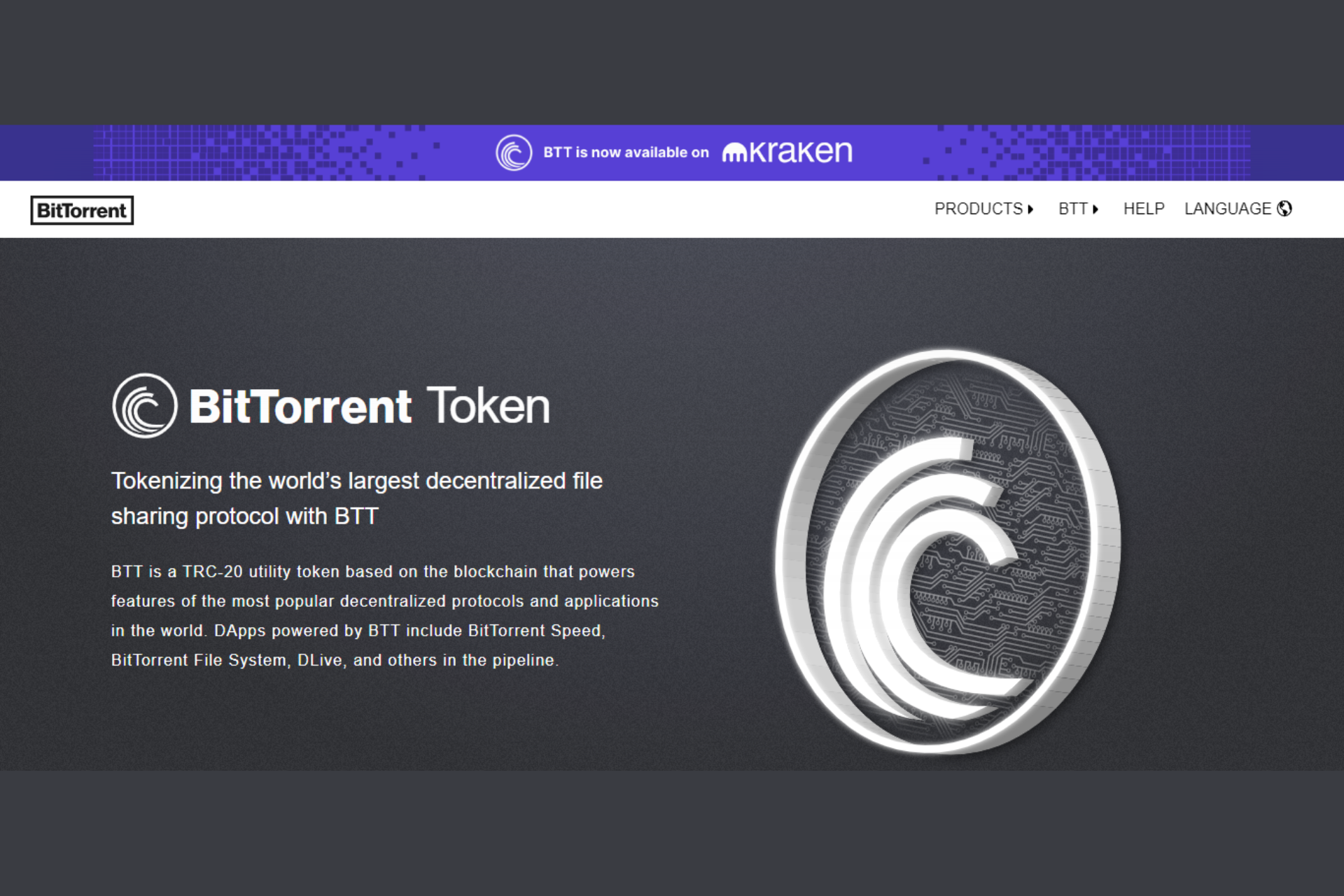 BitTorrent has been in existence for over two decades. Before the blockchain sector, it was one of the most famous file-sharing services on the internet. It was created to make it easier for users to download movies, games, music videos, and other files from the internet.

Instead of uploading data to a single server, it created a network where users assisted one another in downloading files. Unfortunately, the team was unable to monetize this platform over time. The Tron Foundation paid $140 million for the project in 2018. The Tron team transferred it to the blockchain industry to incentivize various participants.

BitTorrent-New is a blockchain-based initiative that allows users to exchange files globally. It rewards users with BTTC (a TRC-10 token) for exchanging data, files, and bandwidth. Participants can also utilize BTTC tokens to gain access to specific network functionalities.

Users, for example, can utilize BTTC tokens to request files unavailable on the network. Similarly, by spending BTTC tokens, they can boost download speeds and watch live streams.

Those who want to create passive income using the BitTorrent-New platform can sell excess bandwidth inside the network. The network is mostly concerned with slow download rates and low throughput issues. BitTorrent-New is the blockchain’s largest peer-to-peer communication network.

Bram Cohen, a famous software developer, and David Harrison founded BitTorrent in 2001. It quickly rose to prominence as a leading online file-sharing service. For many years, the project was the leader in the file-exchanging market.

On June 18th, 2018, Just Sun, the creator of the Tron Foundation, bought this project for $140 million. In February 2019, they released its native cryptocurrency token (BTT). Since it was introduced on the Tron Blockchain, it has been a TRC-10 token.

In 2019, the business sold 60 billion BTT tokens to raise about $7.2 million. Immediately following its debut, the price of the BTT token increased from $0.00012 to $0.005. In January 2022, BitTorrent became BitTorrent Chain (BTTC). The old tokens are now referred to as BTTOLD, while the new tokens are known as BTT.

BitTorrent is a file-sharing blockchain technology that operates on you’ll help them, they’ll help you method. Users are expected to assist one another in obtaining their preferred content.

A user can only download content from the network if they previously made some content available for download on their device. The downloading limit of a person is determined by the downloaded content they’ve been given access to on their computer. If a user is not contributing to the platform, the participants may refuse their request to download a file.

They must pay BTTC to obtain additional bandwidth. The money is paid to the users who provide surplus bandwidth. Similarly, users can seek storage space from other users to store data and files without being restricted.

BitTorrent employs the delegated proof-of-stake (DPoS) consensus protocol to finish the block formation process. Since BTT is built on the Tron blockchain, the transaction history is saved there.

Users must transfer their BTT tokens to the validators in charge of the block-building process. Every time a transaction is validated, the validators are rewarded with BTTC tokens. The award is subsequently divided among those who voted for the validator.

Where Did BitTorrent (BTT) Go?

BitTorrent File System is a trustworthy substitute for existing cloud storage companies. Users no longer need to save their important data on local servers because they can do it safely with this decentralized software. Users can also offer extra storage space in exchange for a reward from the network.

If requesters and providers want to exchange bandwidth for BTT, they must first sign up on the BitTorrent Speed app. Users must occasionally download large amounts of data from the network. If they have low bandwidth, it may take a long time. In this case, they can use BTT tokens to boost their download speed.

DLive was launched in 2017 and integrated into BitTorrent in 2019. It allows users to host live streams on the blockchain network while giving them full control over their earnings. The site doesn’t require content creators to share their earnings. Furthermore, it removes the limitations that users have on traditional live-streaming sites.

BTT is the BitTorrent-New ecosystem’s native token used to reward contributors. Similarly, users can use this token to purchase various items and services on the platform. BTT has a market cap of 769 million and a circulating supply of 990 billion tokens. It’s in the 207th rank in cryptocurrencies in terms of market cap.

BitTorrent-New is a data-sharing blockchain platform that allows users to earn passive money in various ways. Users on this platform assist one another in obtaining their desired files. Users can earn money by sharing files, storage space, and bandwidth on the platform. Please get in touch with us if you require any additional information regarding how BitTorrent-New works.