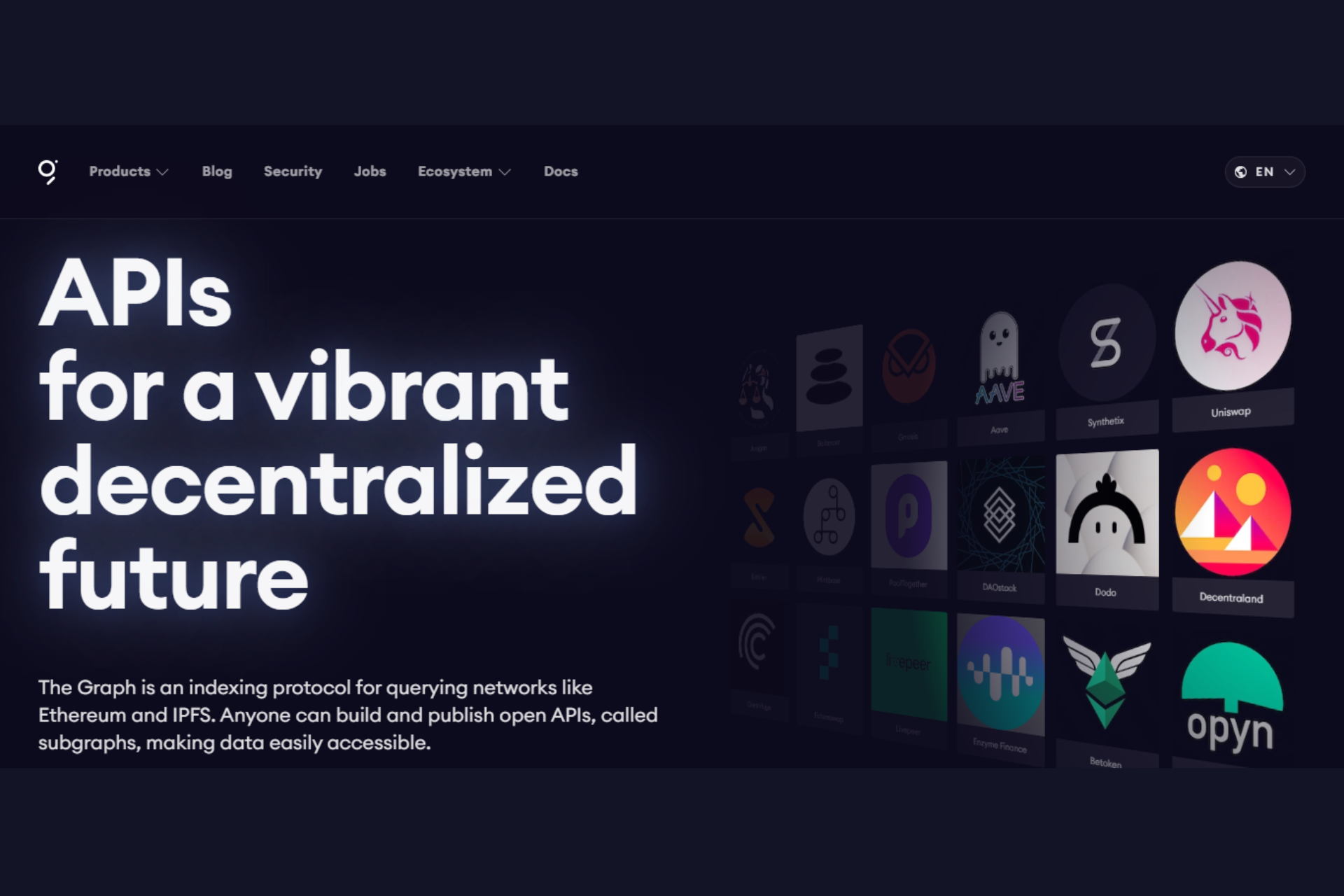 What is Graph (GRT)?

The Graph (GRT) is a decentralized query protocol that allows blockchain-based apps to communicate more efficiently. Using this network, developers can construct APIs (also known as Subgraphs). The subgraphs collect and store data from the Ethereum network in an ordered fashion.

The Graph (GRT) is primarily designed for Ethereum and the InterPlanetary File System (IPFS). Instead of relying on a third party, developers can get data directly from these platforms. The APIs of the Graph is now used by popular Defi platforms such as Aave, Balancer, Synthetics, Uniswap, Aragon, and DAOstack.

The Graph project was launched in 2018 by Yaniv Tal, Jannis Pohlmann, and Brandon Ramirez. These guys successfully launched many developer tools before the introduction of the Graph project.

The corporation sold around 21% of the total supply during public sales. The rest of the tokens will be distributed to network participants as staking incentives.

How Does Graph (GRT) Work?

The Graph network, in contrast to first- and second-generation blockchain networks, operates thanks to the Proof-of-Stake consensus method efficiently. To take part in the validation process, users must stake their GRT tokens.

The best part is that it gives everyone a chance to take part in the validation process thanks to its delegation function, which allows token holders in tiny quantities to place their trust in current node operators with their tokens. As a result, everyone has the opportunity to profit from the platform’s passive income.

Developers can create APIs (Application Programming Interfaces ) within the Graph network. The system links these APIs to subgraphs, which are open-source APIs. If users require information from certain subgraphs, they must send a request to GraphQL.

The Graph nodes are linked to the subgraphs and respond to requests given through the subgraphs. Nodes get data from the whole blockchain and change the response accordingly.

How is the Graph Network Secured?

The Graph network is managed through several participants.

These node operators install a node on their PCs to participate in the validation process. To become a validator, they must stake a certain amount of GRT tokens.

Users who don’t have enough GRT or don’t wish to install a node on their PCs can allocate their GRT tokens to a person who is already an indexer.

Based on the request, these node operators acquire data from relevant subgraphs. To participate in this process, these users must stake their GRT tokens.

These node operators are important in determining which nodes should be indexed by the Graph. These people rank the subgraphs based on their quality. They link their GRT tokens to the subgraphs in which they have faith.

Through an additional group of nodes known as fishermen, the network validates the accuracy of responses.

They’re in charge of detecting indexers who are engaging in malicious behavior. If the indexer is discovered to be harmful, they have the power to remove it.

GRT is the Graph network’s native token that requests data from various subgraphs. GRT has a market cap of $543 million and a circulating supply of 6.9 billion tokens. There are a total of 10 billion tokens available. The remaining 3.1 billion tokens will be distributed as part of the awarding procedure. GRT is in the 70th rank in cryptocurrencies in terms of market capitalization.

Data collection is one of the most difficult challenges that blockchain developers confront. It often takes a long time to collect data, and the integrity of the data is still questionable. In some circumstances, developers must rely on centralized systems to gather the required information.

The Graph presents a decentralized solution to the problem, allowing everyone to obtain the information they seek instantaneously. Since different node operators administer the network, users can be confident that their data is secure.

The Graph is a one-of-a-kind blockchain project offering a decentralized approach to collecting data from various blockchain apps. It maintains data in the form of indexes that developers can access. With real-time data, developers can design various types of dapps on the blockchain network. Please get in touch with us if you have any questions about how the Graph network works.