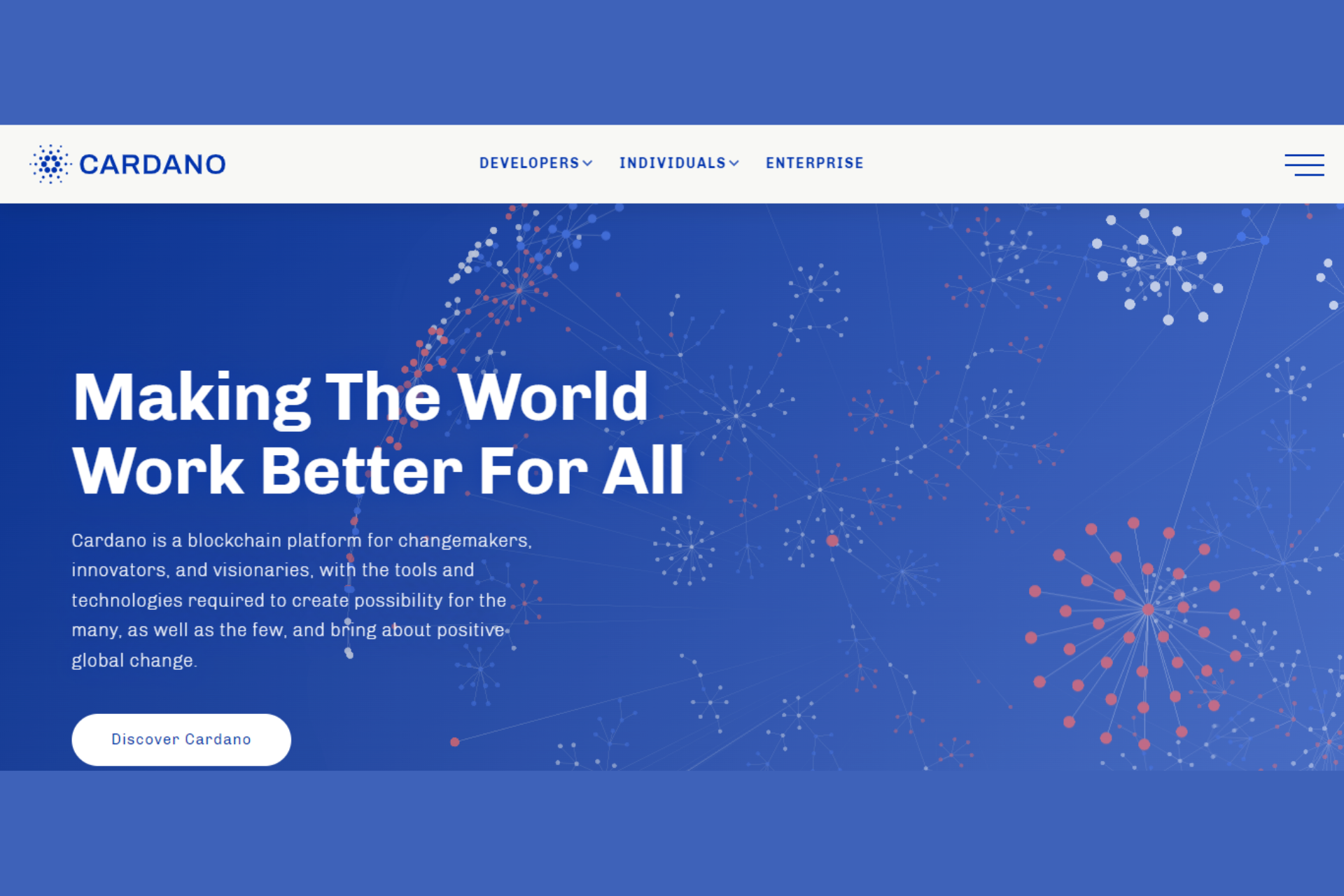 Hoskinson began developing Cardano in 2015 after realizing that the proof-of-work technique couldn’t address scalability, sustainability, and interoperability issues. The purpose of introducing Cardano was to provide users with faster transaction speeds while lowering gas fees.

What is Cardano Network (ADA)?

Cardano, a decentralized PoS blockchain, was created in 2017 and has positioned itself as a competitor to Ethereum. The native cryptocurrency of this blockchain platform is ADA, which you can use to send/receive payments and stake the coins to earn rewards.

Cardano is intended to give developers a safe and energy-efficient blockchain platform. It’s considered an upgraded version of Ethereum because its blockchain can also handle Smart Contracts. As a result, it enables the creation of various applications, such as Decentralized Finance (Defi) apps, games, new crypto coins, etc.

Cardano’s two key applications that are now being applied in many areas are identity management and traceability. In 2019, New Balance, a well-known footwear brand, teamed with the IOHK team to allow their customers to verify the authenticity of the sneakers they want to buy.

Similarly, in 2021, the Ethiopian government began implementing an identity solution for their schools utilizing the Cardano network. It demonstrates Cardano’s efforts to forge a strong link between the digital and physical worlds.

Cardano’s blockchain is made up of two layers: the Cardano Settlement Layer and the Cardano Computational Layer. Both layers improve the blockchain’s ability to conduct transactions promptly and securely.

The Cardano Foundation, IOHK, and Emurgo are the three organizations in charge of Cardano’s expansion in various areas.

The Cardano Ecosystem will be built in five stages. Each of the five stages is known as an era and is named after significant historical individuals.

The initial two years of development are referred to as the Byron Era. The blockchain was first developed in 2015 and made public in 2017. With the official launch of Cardano, Emurgo and IOHK also announced two ADA-supported wallets. During this period, the organization was focused on developing a robust community that might aid in expanding the Blockchain.

The Shelley period is expected to promote Cardano Ecosystem decentralization by involving more stakeholders. By presenting the staking concepts and reward scheme, this stage will also attract additional investors to the Cardano ecosystem. Another important goal of the Shelley era was to improve safety and robustness.

The Goguen Era occurred concurrently with the Shelley Era, primarily preparing the Cardano Network for developers who want to construct decentralized software (Dapps) on the blockchain.

During this time, the team released a smart contract development language that allowed users to create their smart contracts without any technical experience. Users were also able to develop NFTs on Cardano’s network during the Goguen era.

The introduction of smart contracts impacted the Cardano Network’s performance. As a result, this era of the Cardano Ecosystem is focused on strengthening the Cardano network’s optimization and scalability. Developers implemented sidechains during this era to minimize the load on the main chain.

The new protocols are being tested on these chains before they’re introduced on the main chain. Similarly, they may be employed as parachains to increase the network’s overall capacity.

Network participants will begin voting on various suggestions utilizing the voting system. As a result, the community will take full control of the Cardano network.

The Cardano team also intends to build side chains that allow cross-chain transactions between cryptocurrencies and the broader financial ecosystem. Cardano will address the issue of tangled hard forks by establishing an autonomous economic paradigm.

Cardano is a third-generation cryptocurrency created to address the significant problems that afflicted prior generations of cryptocurrency. The best thing about this crypto initiative is that it is run by academics and is dedicated to connecting cryptocurrencies to the global financial system.