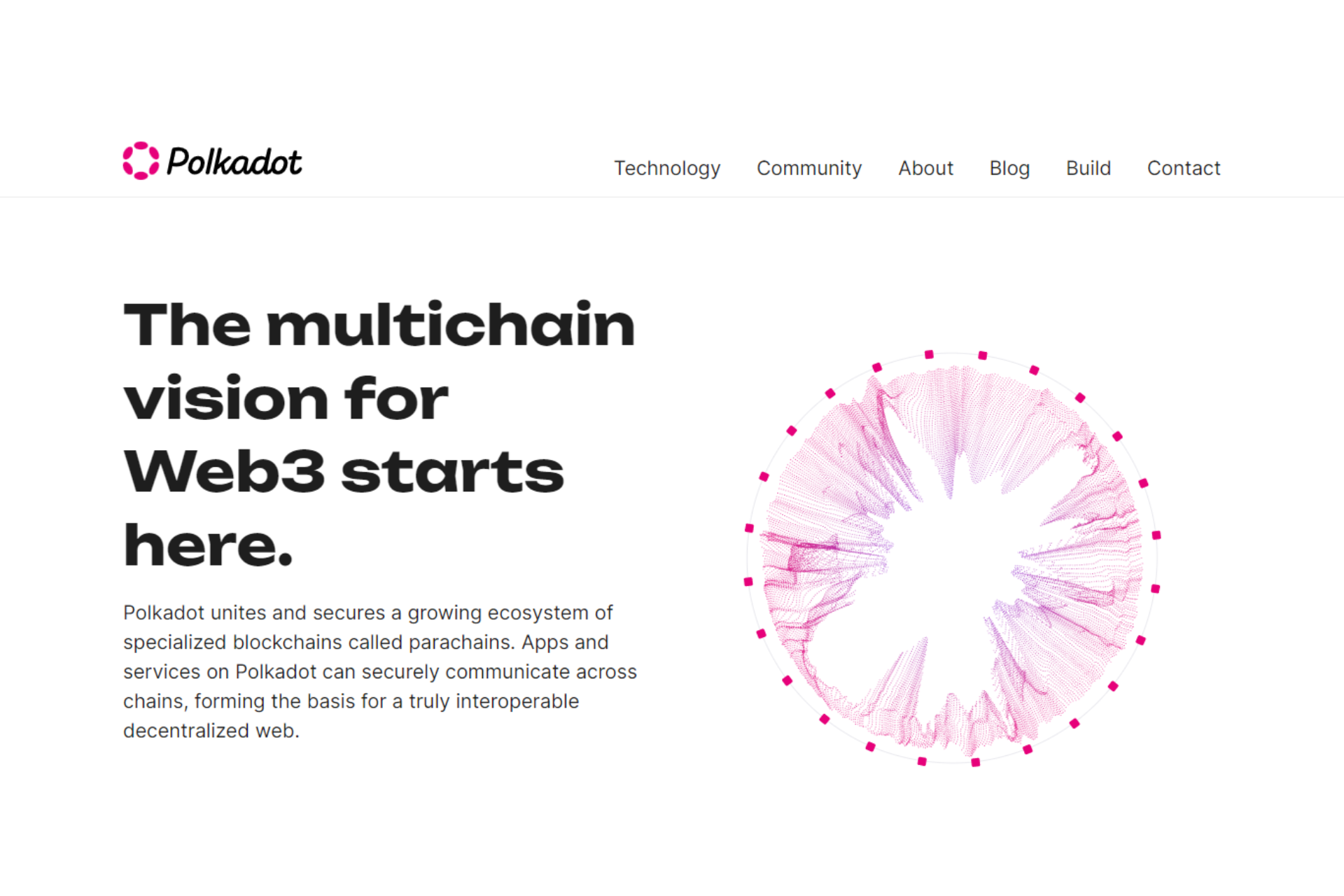 Polkadot Cryptocurrency is another possible Ethereum killer with a substantial contribution to the cryptocurrency world. Ethereum co-founder Gavin Wood developed the technology to operate multiple chains simultaneously. One of the most inventive ideas in the crypto sector connects several blockchain networks.

This protocol allows Bitcoin, Ethereum, and other incompatible networks to exchange value and data. Polkadot was founded in 2016, and its native coin, DOT, entered the market in August 2020. The project gained traction when it was listed on Coinbase in June 2021.

Polkadot was created by Gavin Wood, co-founder of Ethereum and inventor of the solidity smart contract language. In October 2016, Dr. Wood published the first draft of Polkadot. He intended to launch a sharded version of Ethereum.

Dr. Wood co-founded the Web3 foundation with Parity’s Peter Czaban in 2017. They introduced this non-profit corporation to help with the project’s research and development. The Web3 Foundation raised around $145 million for the project during the first token sale in October 2017.

They then chose Parity Technologies to develop the project. An issue arose when someone hacked the Parity Multisig Contract in November 2017 and permanently froze approximately $90 million in ETH. Polkadot started a petition in the Ethereum Community to discover a mechanism to get those funds released. However, the issue remains unresolved.

Despite such a significant loss, Web3 Foundation and Polkadot claimed they had sufficient funding to complete their development milestones. In 2019, the Web3 Foundation held another private token sale to acquire funds for the project, which ended with a successful valuation.

Polkadot began testing its relay chain in May 2018 by introducing multiple Proofs-of-concept (PoCs). In August 2019, the organization officially launched Kusama, an unrefined and unaudited project version. They used this canary network to test sharding, staking, and governance in real-world economic scenarios.

Polkadot’s Original Mainnet Chain Candidate was introduced on May 27, 2020, and was supervised by six Web3 Foundation validators since the first version of Polkadot worked as a proof-of-authority network. Polkadot’s second phase, which operated as a nominated proof-of-stake network, was introduced on June 18, 2020.

They introduced Polkadot’s third and fourth phases in July 2020. They released these modifications to share governance privileges across various entities.

Polkadot is one of the top 15 cryptocurrencies in terms of market cap, having a circulating supply of one million tokens. The total token supply is predicted to grow by 10% per year. Participants that validate transactions by staking their tokens receive these tokens. The leftover tokens are kept in the network’s treasury to reward participants.

Polkadot, like many other cryptocurrencies, is a decentralized protocol and digital token that allows users to send funds to one another without an intermediary. Its popularity stems from its vital role in the widespread adoption of blockchain technology. Since most blockchain networks transmit little to no information, users cannot transfer money from one platform to another.

If they need to transmit or receive money from someone on a blockchain network, they must register a new account on that network. Polkadot bridges this gap by creating parallel blockchains (parachains). Users can safely transmit data/value using this protocol without an intermediary.

Parachains will also help developers by allowing them to design a standard Dapp or Defi project that will work on all platforms. This will save developers the time and resources they are currently investing in building apps for competing networks.

How Does Polkadot Cryptocurrency Work?

Like many other cryptocurrencies, Polkadot cryptocurrency transfers funds from one digital wallet to another through a decentralized system. Polkadot blockchain authorizes and broadcasts transactions conducted on its platform.

Polkadot cryptocurrency isn’t simply for transaction authorization; it can do much more. This network enables the development of three types of blockchains: relay chains, parachains, and bridges.

The relay chain, where transactions are finalized, is the most essential aspect of this blockchain. It processes data and transactions on many chains in parallel, referred to as parachains. By separating the addition of new transactions from the validation process, the relay chain increases Polkadot’s throughput to 1,000 transactions per second.

Unlike previous generations of blockchains, Polkadot uses sharded architecture to partition the network into distinct portions. As a result, the transactions are handled in parallel rather than sequentially. This layer allows networks to incorporate new protocols while utilizing their existing PoS method.

The parachains run alongside the relay chain and are in charge of confirming transaction accuracy. Parachains help to eliminate legacy blockchains’ excessive fees, congestion, and incompatibility while boosting interoperability, scalability, and cross-chain capability.

Polkadot interacts with other blockchains using these protocols. The developers are actively attempting to connect Ethereum, Cosmos, Bitcoin, and EOS. Polkadot employs this technology to allow users to trade tokens without needing a centralized exchange.

Holders of DOT tokens can use Nominated Proof-of-stake consensus to lock their tokens in a specific contract. They can then earn some rewards by performing one or more of the following roles:

Participants get DOT incentives by staking their DOT tokens while performing these duties.

Polkadot intends to build 150 parachains by 2022. The Parity’s bridge, which will connect Polkadot and Kusama, is currently being built by the team. Following the successful launch of this program, they want to connect Polkadot to Ethereum via Snowfork’s bridge. The team believes that they will attract additional participants once these protocols are effectively launched.

Polkadot plays an important role in the crypto space because it is designed to facilitate global cryptocurrency adoption. Polkadot aims to eliminate gas fees and congestion while allowing users to switch between cryptocurrencies easily. Don’t hesitate to contact us if you require any other information about Polkadot.