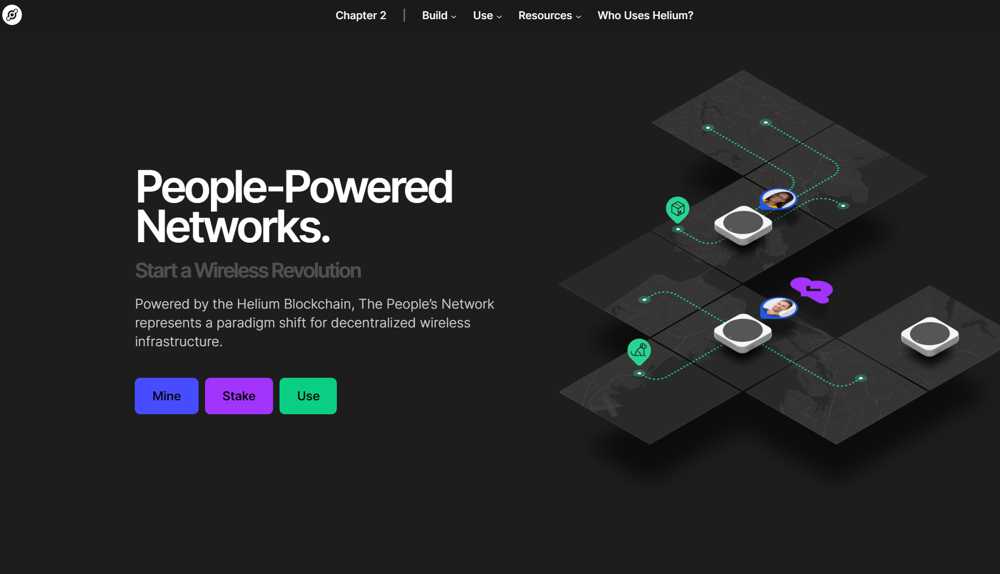 The concept of IoT (Internet of things) has drastically increased over the years and it’s rapidly growing every day. The internet is not just limited to computers, smartphones, and Smart TVs anymore but it’s now available in most of the devices people use at home. Helium enables users to access the devices remotely while maintaining their privacy.

Thanks to the IoT people can now access a large number of devices remotely. The problem is that bigger organizations like Amazon are currently collecting the users’ data through these devices because these companies are providing IoT frameworks on a large scale. Furthermore, the hackers may also access the data through several attempts. Helium enables users to access the devices remotely while maintaining their privacy.

What is Helium (HNT)?

Helium is a blockchain-based network that provides a secure and affordable solution to connect low-power IoT devices. The platform incorporates the LoRaWAN technology to establish a secure internet connection. Helium is a cheaper alternative for local businesses that are willing to expand their services globally.

The network consists of hundreds of nodes that are installed globally. These nodes are recognized as Hotspots. The hotspots establish a communication layer between devices through LoRaWAN.

Unlike major blockchain networks, Helium is dedicated to decentralizing the physical hardware. Furthermore, it uses a combination of proof of coverage and Honey Badge Byzantine fault tolerance protocol to provide scalable solutions to users worldwide.

Helium was founded by Amir Haleem, Shawn Fanning, and Sean Carry in 2013 with the goal to optimize IoT wireless communication. The project was launched under the company Helium, Inc. From 2015 to 2019, the company raised around $53 million through four different fundraising events.

The network went live in 2019 and more than 75,000 hotspots are installed globally since then. Every day, hundreds of nodes are being added to the network because Helium is solving a critical problem in one of the fastest-growing industries.

How Does Helium Work?

Helium is a decentralized network designed to establish secure communication between IoT devices. The network consists of nodes that are recognized as Hotspots. The Hotspots can be considered as the routers that send radio waves to connect the IoT devices.

The Hotspots are operated through mining devices that can be purchased from the official website of Helium. Helium uses the proof of coverage consensus protocol to validate the location of the Hotspot a device is connected to.

Proof of Coverage is an upgraded form of Proof-of-work consensus protocol. It validates the legitimacy of Hotspots through radio frequencies. The miners can play several roles in the proof-of-coverage consensus mechanism to earn the rewards.

Challenger – These node operators validate the wireless coverage of Hotspots by creating a challenge. The process is completed with the help of radio frequencies.

Beacon – These node operators take the challenge and transmit data to other Hotspots that are operating nearby. The Beaconers are also recognized as Challengees.

Witness – These node operators report the proof-of-coverage to the Challengers after receiving data from the Beaconers.

Once the process is completed, the reward is distributed among the node operators in the form of HNT tokens. The development team is working on introducing a new role known as Validator Challenger. These node operators add new blocks to the network after the verification process.

Like Challengers, the Validator Challengers will assign a challenge to the challengee to validate the data. However, they need to stake 10,000 HNT tokens to participate in the validation process.

The Helium network consists of different layers that ensure smooth and secure data transmission within the network.

Helium Hotspot is the most important part of the Helium network that establishes communication between IoT devices. It doesn’t only work as a wireless gateway but it also assists with the mining process.

This protocol combines LoRaWAN with Helium to ensure the secure transmission of data. The best thing about this system is that it only charges the users depending on their network usage.

This protocol is designed to detect the locations of Hotspots.

Helium provides a better experience to its users through a number of unique features.

The problem with the proof-of-work consensus protocol is that the miners can install their devices in areas where energy resources are pretty cheap. Thus, they can increase their authority within the network by adding more mining equipment. Similarly, the miners get incentives from the network when they create a mining pool in the same location.

But Helium doesn’t offer any such incentives. The node operators are equally rewarded depending on their participation within the network.

Helium eliminates the need for installing an expensive GPU. The miners can participate in the validation process by simply installing a hotspot by the window.

Helium consumes less energy for data verification because it connects through small devices.

HNT is the native token of the Helium network that is used for transaction processing within the network. The validators need to stake 10,000 HNT tokens to participate in the mining process. And they need to stay online otherwise, they may be penalized. The miners receive HNT tokens as a reward once they complete a cycle.

With a circulating supply of 119.5 million tokens, HNT has a total market cap of $1.26 billion. It has a total supply of 223 million HNT tokens that will be released through staking rewards over the years. HNT ranks among the 50 best cryptocurrencies in terms of market cap.

Helium is a blockchain network designed to fix the privacy issue in IoT devices. This network consists of hundreds of nodes that establish communication between IoT devices. It uses a proof-of-coverage consensus mechanism to ensure fast and secure transmission of data. If you need more information about how does Helium work, feel free to get in touch with us.