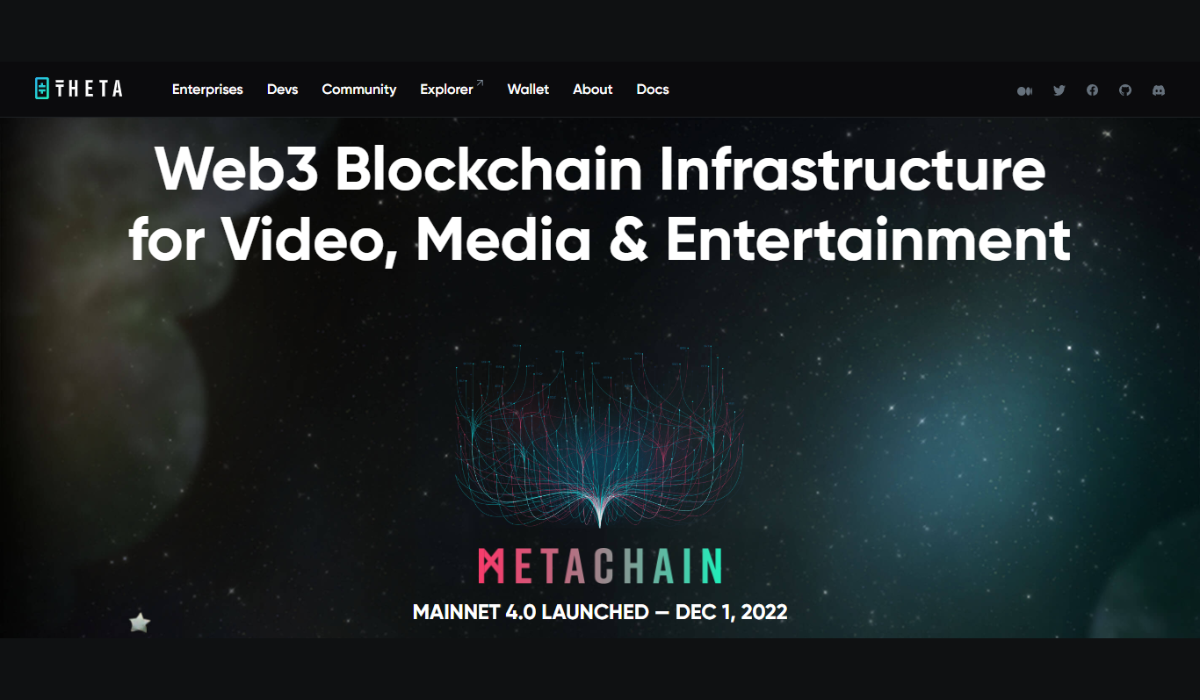 The online streaming industry has significantly grown over recent years. A vast majority of people now watch recorded and live videos on different platforms like Youtube, Netflix, Vimeo, and more. These service providers have servers installed in different countries so they may provide flawless streaming to their customers globally. This article will discuss a decentralized network called THETA network that has many advantages over other platforms.

This network of servers is commonly recognized as Content Delivery Network. The companies charge a heavy amount for online streaming because they need to run their operations smoothly.

The video streaming sites increase their charges when their network is populated because they need to arrange more resources to entertain the users that have joined the network. Theta network provides an affordable alternative to this system.

What is Theta Network?

Theta is a decentralized network dedicated to providing a cheaper content delivery solution to users with higher bandwidth. The network is focused on becoming the next generation of entertainment technology.

Theta has a distributed network of users who offer their computing resources and spare bandwidth to run the network operations. They get to earn rewards in the form of TFuel coins for offering their services. The users can also earn Theta tokens for sharing videos with other users.

Theta isn’t just an online streaming platform but it’s an open-source protocol which means the developers can also build decentralized apps (Dapps) on this network.

Jieyi Long, an expert in Virtual Reality live-streaming technologies, and Mitch Liu, the co-founder of digital marketing and mobile gaming, founded the Theta network in 2017.

Theta has many reputable names on its board of advisors such as Justin Kana (co-founder of Twitch), Steve Chen (co-founder of Youtube), CJ Hello, and Rakuten Viki (Senior Executives of Verizon).

The Theta team raised around $20 million through a private token sale in 2017 to kickstart the project. The mainnet blockchain was launched in March 2019. Theta network generates some revenue from its own streaming site Theta.tv. But it’s not enough for running blockchain operations.

Therefore, the company has collaborated with big investors like Sony, Samsung, and a string of VC firms to smoothly run its finances. Currently, it has 25 employees that mostly belong to San Francisco Bay Area. The company has opened a new office in Seoul to expand its operations.

How Does Theta Network Work?

Theta is faster and more energy-efficient as compared to traditional proof-of-work networks because it uses a modified Proof-of-Stake consensus mechanism. Theta rewards its participants for content distribution. The users can play three different roles within the network to earn the reward.

These node operators are big companies that stake their THETA tokens to participate in the transaction processing. Sony, Samsung, Google, and talent shop Creative Artists Agency are some of the leading names that are running these nodes.

The users need to stake 1 million THETA tokens to operate these nodes. Therefore, they’re considered the network’s most important line of defense.

These node operators validate the accuracy of blocks proposed by Enterprise Validator Nodes. Thus, the authority is distributed among a vast majority of people.

The guardian nodes are eligible to stop a malicious block that wasn’t detected by the Validator Nodes. The users need to stake 100,000 Theta tokens to operate the guardian node.

These node operators don’t stake any tokens but they share their bandwidth for streams on Theta-tv. These nodes eliminate the need for a centralized content delivery network and they Tfuel tokens as a reward to support the network operations.

Edge nodes are pretty much similar to the seeding that was used on Bittorrent to contribute to the downloading speed of other parties because these node operators only stream a small increment of the videos rather than streaming the full video.

The developers can also build decentralized applications like crowdfunding mechanisms and royalty distribution applications on top of the Theta blockchain.

The users can also support their favorite content creators on the Theta network by sending THETA tokens through the official wallet app of the network.

Unline traditional PoS networks, the Theta network provides an extra layer of security by engaging two different types of nodes in the transaction process. The node operators have governance rights depending on the number of tokens they have staked.

How Does Theta Stop People Cheating the System?

There’s a risk that some users may install different computers to earn rewards by sharing the video. Therefore, the network prevents users from streaming content to the same IP address. Similarly, when a user shares a video with someone, they’re actually broadcasting it.

As a result, the video is shared with thousands of other users on the network. So, they actually support the network by doing so.

How Do Theta and Tfuel Work?

Unlike most blockchain networks, Theta has two native cryptocurrencies. THETA is the primary token of the network that is used for governance. THETA token holders can vote for different proposals that are offered for the growth of the blockchain. The users can also stake Theta tokens to participate in the transaction processing.

Around 30% of the total 1 billion THETA tokens were sold during the private token sale in 2017. It has a total market cap of $1.19 billion. It ranks among the 50 best cryptocurrencies in terms of market cap.

Tfuel is the second native cryptocurrency of the Theta network that is paid as a reward to the participants who help with content distribution within the network. With a circulating supply of 1.3 billion tokens, Tfuel has a market cap of $282 million. Thus, it’s ranked as the 106th most popular cryptocurrency in terms of market cap.

Theta Network is a blockchain-based online streaming platform dedicated to providing a cheaper alternative to traditional video streaming platforms. It uses the spare computing resources of the community members to provide fast speed.

The best part is that it rewards the community members for sharing the content. Feel free to get in touch with us if you need more information about how Theta network work.