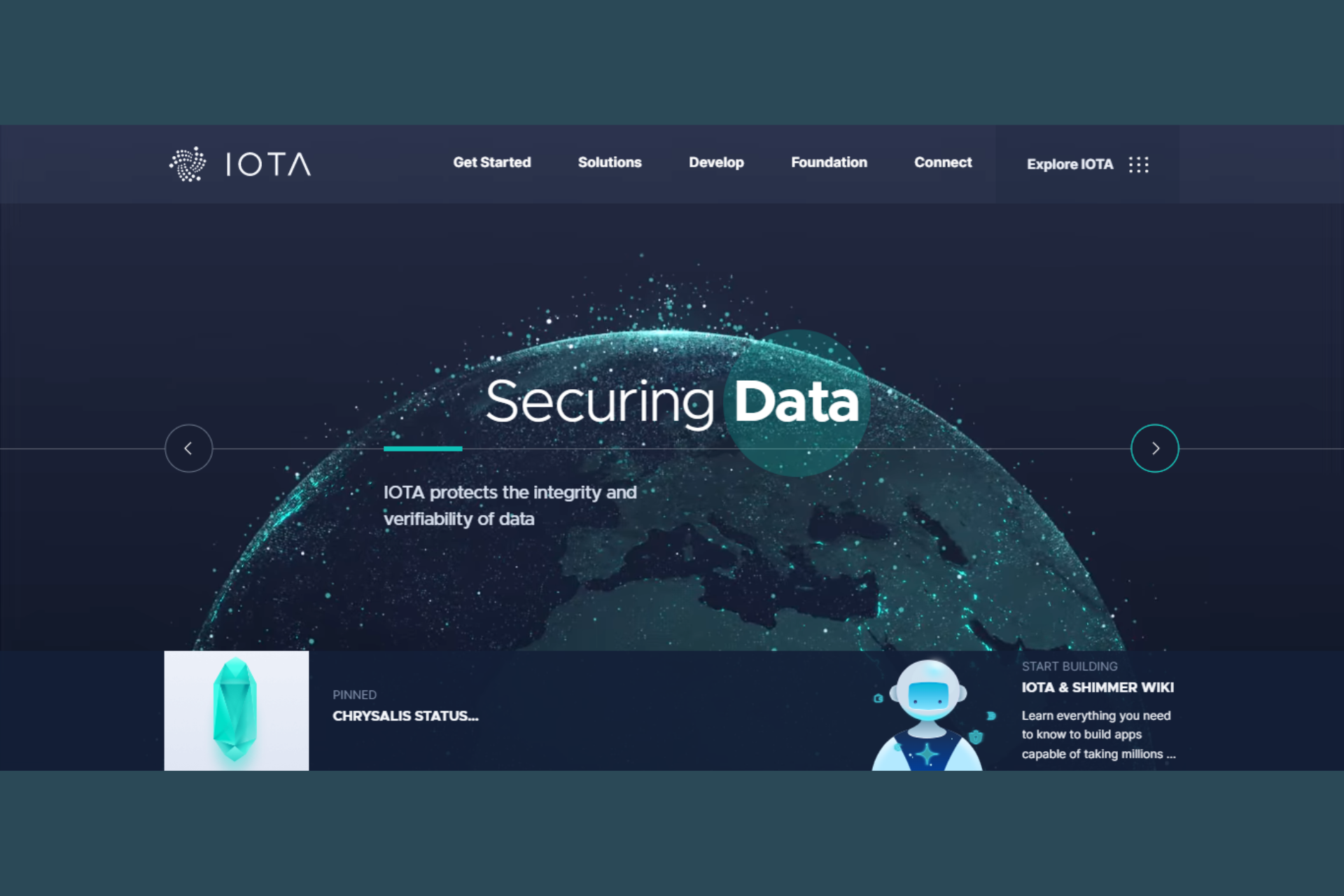 Transaction verification in these networks is a complicated task. IOTA has created its network of nodes to ensure that transactions are verified as quickly as possible.

IOTA is a decentralized distributed ledger that allows humans and machines to exchange value and data securely. IOTA is committed to paving the path for the Internet of Things, the future generation of the digital revolution.

It enables users to send millions of dollars around the world for free. The network validates the transactions automatically using a sophisticated technique in which each new transaction validates the prior two.

IOTA (MIOTA) was first announced in September 2014 as the Jinn Project, and the team earned approximately $250,000 through a public sale for the project’s future development. However, due to the lack of a regulatory framework, the ICO faced some regulatory opposition.

In October 2015, the project was renamed IOTA. A token sale raised approximately $500,000 for the team. In 2017, the team established the IOTA foundation to secure the project’s long-term growth. The INATBA (International Association for Trusted Blockchain Applications) has accepted the IOTA Foundation as a member.

In January 2018, a 36-year-old English man stole $10 million in IOTA tokens from the IOTA network. However, a year later, the organization apprehended the hacker.

In 2019, another hacker targeted the network and stole about $2 million in IOTA tokens from the IOTA Foundation’s wallet. The IOTA network was closed for ten days to fix this issue. Since then, there have been no documented hacking attempts since the network has gotten more secure.

How Does IOTA Work?

Unlike typical blockchain networks, the IOTA network validates transactions using Tangle (a Decentralized Acrylic Graph). It’s a network of many nodes linked in the shape of a “tangle.”

The network validates the transaction automatically using the prior two transactions. As a result, the validation procedure is completed quite fast. Verifying the transactions also involves a basic Proof-of-Work challenge, which doesn’t need a lot of resources.

IOTA has created its data marketplace through which sensor developers can readily acquire live data streams. With available real-time data in this marketplace, developers can create highly responsive applications.

Using these data sets, participating nodes can share value and information. The network has built various encrypted channels for transferring funds and data, allowing users to communicate with others confidently. Since the source identity of MAMs is kept confidential, the network is committed to providing integrity in all aspects.

Bosch XDK serves as a conduit between the MAMs and the data marketplace. After establishing a programmable system with this technology, developers can transport data across the network. The IOTA network’s incredible suite of sensor programmability is easily accessible to developers.

The IOTA network can collect real-time data from numerous resources. It allows everyone the ability to construct various apps using available data.

Since the network removes the need for centralized authority, users can be assured of their anonymity. Although IOTA isn’t a blockchain-based platform, its unique architecture maintains decentralization.

Users can send millions of dollars thru the IOTA network without incurring a single transaction fee. The recipient receives the full amount sent to their account with no deductions.

Since it doesn’t require powerful computational infrastructure for validation, IOTA is a more economical and environmentally-friendly platform.

IOTA is dedicated to establishing smart cities, global trade, mobility-focused solutions, and digital identification through a seamless network of machines.

Users don’t have to wait for their payments to be processed. When more users request transactions, the network’s transaction processing speed improves.

The network isn’t only intended for the movement of money; users can also use it to transfer data and information. IOTA maintains data security to retain user trust.

MIOTA is the IOTA network’s native token, which is used to transmit value and data inside the network. Users can purchase various data sets from the data marketplace using this token. MIOTA has a market cap of $677 million and a circulating supply of 2.78 billion tokens.

The entire supply is distributed among network participants. However, 5% of the total supply is set aside for ongoing network expansion.

IOTA is a distributed ledger that is decentralized and developed for the forthcoming generation of digital technology. The network, as the name implies, is committed to preparing the path for the Internet of Things (IoT). Unlike standard blockchain networks, Tangle employs its network of nodes.

IOTA claims to be capable of processing millions of transactions per second. The best feature is that there is no fee for sharing data and value. Feel free to contact us if you need more information on how IOTA works.